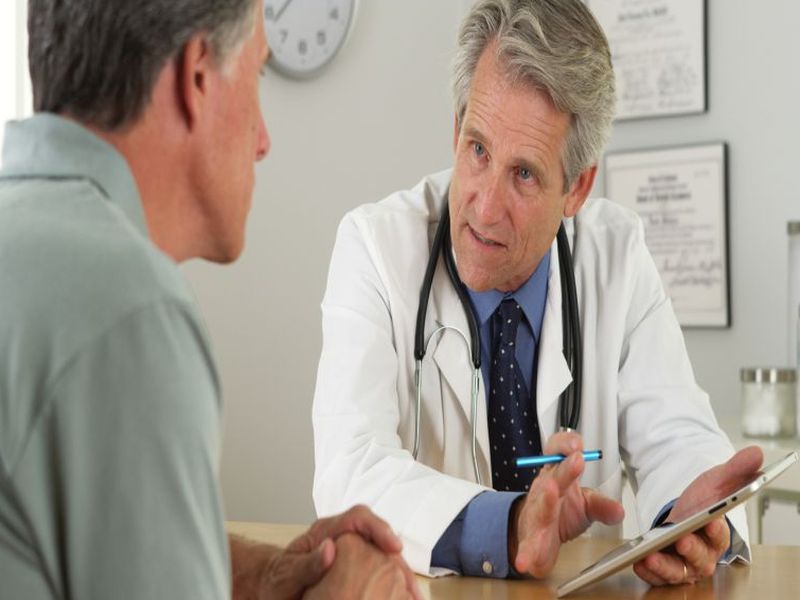 THURSDAY, Sept. 28, 2017 (HealthDay News) -- Expensive new medicines offer hope to patients with uncontrolled "bad" cholesterol, but the high cost keeps many patients from getting them, a new study says.
The injectable drugs -- approved for use in the United States in 2015 -- are known as PCSK9 inhibitors. They include Praluent (alirocumab) and Repatha (evolocumab).
But, researchers found, of tens of thousands of patients prescribed the drugs, nearly half were denied insurance coverage. And high copays seemed to prevent many others from filling their prescriptions.
"We were surprised by how little clinical factors -- like how high your cholesterol was -- mattered to whether or not you got approved," said study lead author Dr. Ann Marie Navar.
"We hope that this analysis prompts a bigger assessment of how limited patient access is to new therapies," added Navar, an assistant professor of cardiology at Duke Clinical Research Institute in Durham, N.C.
Elevated LDL cholesterol levels are a major risk factor for heart disease and stroke. The new drugs are recommended for patients who aren't effectively treated by statins, the traditional cholesterol-lowering medications. According to researchers, PCSK9 inhibitors work by helping the liver flush the "bad" cholesterol out of the bloodstream by targeting a protein called PCSK9.
The drugs cost as much as $14,000 a year, however. And a study published in August questioned their cost-effectiveness.
This new study was funded by Repatha's maker, Amgen Inc., based in Thousand Oaks, Calif.
The findings are "critically important," said Dr. Kim Williams Sr., professor and chief of cardiology at Rush University School of Medicine in Chicago.
"Many patient are statin-intolerant due to adverse effects," said Williams, who wasn't involved with the study. "We need to have PCSK9 inhibitors in our armamentarium when indicated, not just when indicated and affordable."
For the study, Navar's team tracked more than 45,000 patients in the United States who were prescribed the drugs from mid-2015 to mid-2016. More than half were 65 years or older and had government insurance like Medicare.
Insurers only approved the medications 47 percent of the time. And just 1 in 5 patients got the approval on the first day, according to the study.
"What mattered the most was who your insurance company was, what type of pharmacy you used, or who the pharmacy benefit manager was," Navar said.
Of the patients whose prescriptions were actually approved, about one-third never filled them.
Cost didn't seem to be an issue for everyone who didn't fill their prescriptions: About 8 percent had a copay of zero. But more than three-quarters of those with copays of more than $350 never got their medication, the study found.
Navar put it in another way: "Nearly all of those who had to pay less than $20 a month filled the prescription. Once copays reached about $300 per month, this had dropped to less than 25 percent."
It isn't clear what the drugs cost overall. "Cost for drugs is really a moving target," Navar said. "The sticker price is almost never what is actually paid."
That's because pharmacy benefit managers and insurance companies often negotiate discounts and rebates with the drug manufacturers, Navar said. "Pharmacy benefit managers can, but don't have to, pass along those discounts to insurers. There's no way to really know how much is being paid for these drugs nor how much of the discount is getting back to patients," she explained.
Navar added there's also a "burden on providers, who have already taken time to talk to patients about the risks and benefits of new therapy." Then there's paperwork to get it through the system, all of which delays treatment, she added.
The study also highlights challenges in drug innovation, Navar said. "On one hand, we want new treatments and we hail the development of new therapies. But on the other hand, we have yet to develop a system to contain costs, so access to new therapies is limited," she noted.
According to Williams, the study "points to a system that is broken, and threatens to increase the health care inequalities that we have been working to decrease."
The study was published Sept. 27 in JAMA Cardiology.
SOURCES: Ann Marie Navar, M.D., Ph.D., assistant professor, cardiology, Duke Clinical Research Institute, Durham, N.C.; Kim Allan Williams Sr., M.D., professor and chief, cardiology, Rush University School of Medicine, Chicago; Sept. 27, 2017, JAMA Cardiology
HealthDay
Copyright (c) 2017 HealthDay. All rights reserved.
News stories are written and provided by HealthDay and do not reflect federal policy, the views of MedlinePlus, the National Library of Medicine, the National Institutes of Health, or the U.S. Department of Health and Human Services.