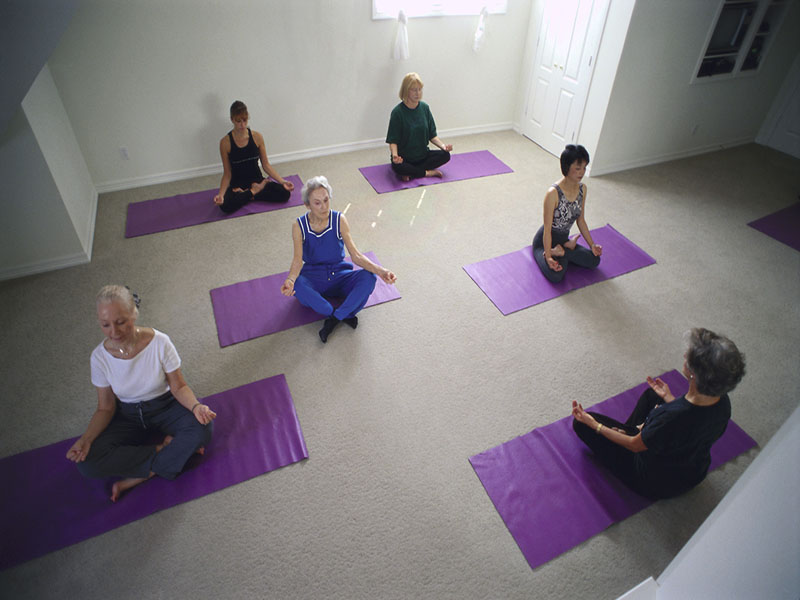 FRIDAY, Sept. 22, 2017 (HealthDay News) -- A certain type of yoga may provide lasting benefits for breast cancer patients who have trouble sleeping, researchers report.
The study included 227 women undergoing chemotherapy for breast cancer who were randomly assigned to one of three groups. One group practiced Tibetan yoga at least twice a week, another group did a simple stretching program, and the third group received usual care (the "control" group).
The study participants were assessed one week after the end of the program, and the researchers followed up with them at three, six and 12 months later.
Women in the yoga group reported fewer sleep problems and less daytime drowsiness over the long term than those in the other two groups, the researchers said.
Sleep problems and fatigue are common among cancer patients undergoing chemotherapy, said study author Lorenzo Cohen. He is director of the integrative medicine program at the University of Texas MD Anderson Cancer.
The women in the Tibetan yoga program or the stretching program had been offered four 75- to 90-minute classes during their chemotherapy treatment.
Those taking part in Tibetan yoga were taught one-on-one by a trained instructor. The women in this group were taught controlled breathing, visualization, meditation and postures, and were encouraged to practice yoga daily at home.
"While the effects of this intervention were modest, it is encouraging to see that the women who practiced yoga outside of class had improved sleep outcomes over time," Cohen said in an MD Anderson l news release.
"Previous research has established that yoga effectively reduces sleep disturbances for cancer patients, but have not included active control groups or long-term follow-up. This study hoped to address previous study limitations," he added.
The study was published online Sept. 20 in the journal Cancer.
SOURCE: University of Texas MD Anderson Cancer Center, news release, Sept. 20, 2017
HealthDay
Copyright (c) 2017 HealthDay. All rights reserved.
News stories are written and provided by HealthDay and do not reflect federal policy, the views of MedlinePlus, the National Library of Medicine, the National Institutes of Health, or the U.S. Department of Health and Human Services.