By Sally Robertson, BScJune 27, 2017
A new study has offered insights into the association between night shift work and increased cancer risk, as well as pointing towards a potential solution.
For several years, scientists have thought that disruption to the body’s natural circadian rhythm is accountable for the increased cancer risk, but the mechanisms behind this have not yet been pinpointed. 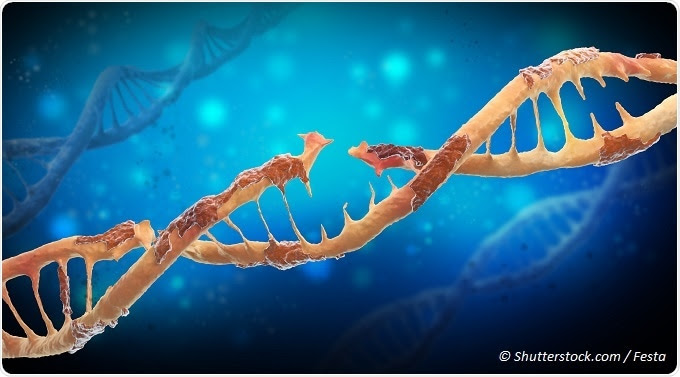 Now, US researchers have published findings that suggest night shift work reduces the body’s ability to repair damaged DNA, thereby increasing the risk of mutations developing.
As reported in Occupational & Environmental Medicine, the study tested the urine of 50 night shift workers for the chemical 8-hydroxydeoxyguanosine (8-OH-dG) – a substance that reacts with DNA to cause mutation, unless the DNA is repaired. The participants were then tested again when they were working days.
“Your repair machinery cuts out that damage and it’s actually excreted in urine so we can measure the repaired damage in urine,” explains lead author Parveen Bhatti (Fred Hutchinson Cancer Research Center, Seattle). People with higher versus lower levels of 8-OH-dG in the urine may be benefiting more from their body’s DNA repair mechanisms.
The researchers found that when people work nights, 80% less 8-OH-dG is excreted in the urine, suggesting that the crucial DNA repair is not being carried out as it should be.

“The damage was done but it wasn’t repaired,” said Bhatti. “It’s sitting in their cells.”
The study also confirmed that the night workers’ reduced DNA repair was linked to lower levels of circulating melatonin and that lower melatonin levels were linked to decreased 8-OH-dG levels.
“What seems to be happening, and this is supported by a lot of animal and cellular evidence, is melatonin normally drives repair of damage,” says Bhatti. “So, with low levels of melatonin, their repair machinery isn’t functioning at optimal levels.”
Bhatti now wants to conduct another study to investigate whether melatonin supplementation would allow night workers to carry out DNA repair as they sleep in the day.
“If such effects are confirmed, melatonin supplementation should be explored as an intervention to reduce the occurrence of potentially carcinogenic DNA damage among shift workers,” he concludes.
Sources:
Publicado por salud equitativa en 8:04