By Sally Robertson, BScJuly 4, 2017
Long-term use of a popular class of drug called proton pump inhibitors (PPIS) has been linked to an increased risk of death in a study published in BMJ Open.
The findings add to a growing body of evidence linking the use of PPIs to a range of health problems including kidney damage, bone fracture and dementia. The authors of the current study say it may be time to restrict the indications for PPI use and the amount of time patients take the treatment for. 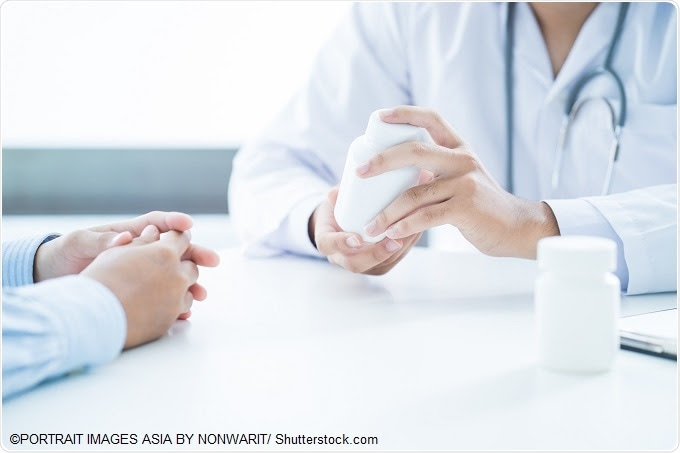 PPIs are designed to inhibit the secretion of gastric acid and are commonly prescribed to treat heartburn, ulcers and other gastrointestinal problems.
“People have the idea that PPIs are very safe because they are readily available, but there are real risks to taking these drugs, particularly for long periods of time,” says lead author Ziyad Al-Aly (Washington University School of Medicine, St. Louis).

The results are based on a US national database of veteran medical records for more than 6 million people who had their health tracked for almost six years, up to 2013 or death, if that came first.
The researchers examined data available for 349,312 people who had been prescribed either a PPI or another class of acid suppressant called H2 blockers, between 2006 and 2008. Two additional analyses were performed; one comparing PPI use to no PPI use among 3,288,092 people and one comparing PPI use to no use of either acid suppressant among 2,887,030 people.
The researchers report that, compared with the use of H2 blockers, PPI use was associated with a 25% increased risk of death from all causes, with this percentage increasing the longer people used PPIs for. A similar risk increase was seen for PPI use versus no use and for PPI use versus no use of either drug.
"No matter how we sliced and diced the data from this large data set, we saw the same thing: There's an increased risk of death among PPI users," says Al-Aly.
Al-Aly explains that, often, people are prescribed PPIs for an appropriate medical indication, but then doctors do not stop prescribing them and patients receive ongoing refills. He suggests that doctors perform re-assessments periodically to check whether people still need to be taking the drugs because in most cases, people are not going to be needing them for two or three years at a time.
"If I needed a PPI, I absolutely would take it. But I wouldn't take it willy-nilly if I didn't need it. And I would want my doctor to be monitoring me carefully and take me off it the moment it was no longer needed," he concludes.
Sources:
http://blogs.bmj.com/bmjopen/2017/07/03/drugs-to-curb-excess-stomach-acid-may-be-linked-to-heightened-risk-of-death/
https://eurekalert.org/pub_releases/2017-07/wuso-phd062917.php
http://bmjopen.bmj.com/content/7/6/e015735
Publicado por salud equitativa en 8:12