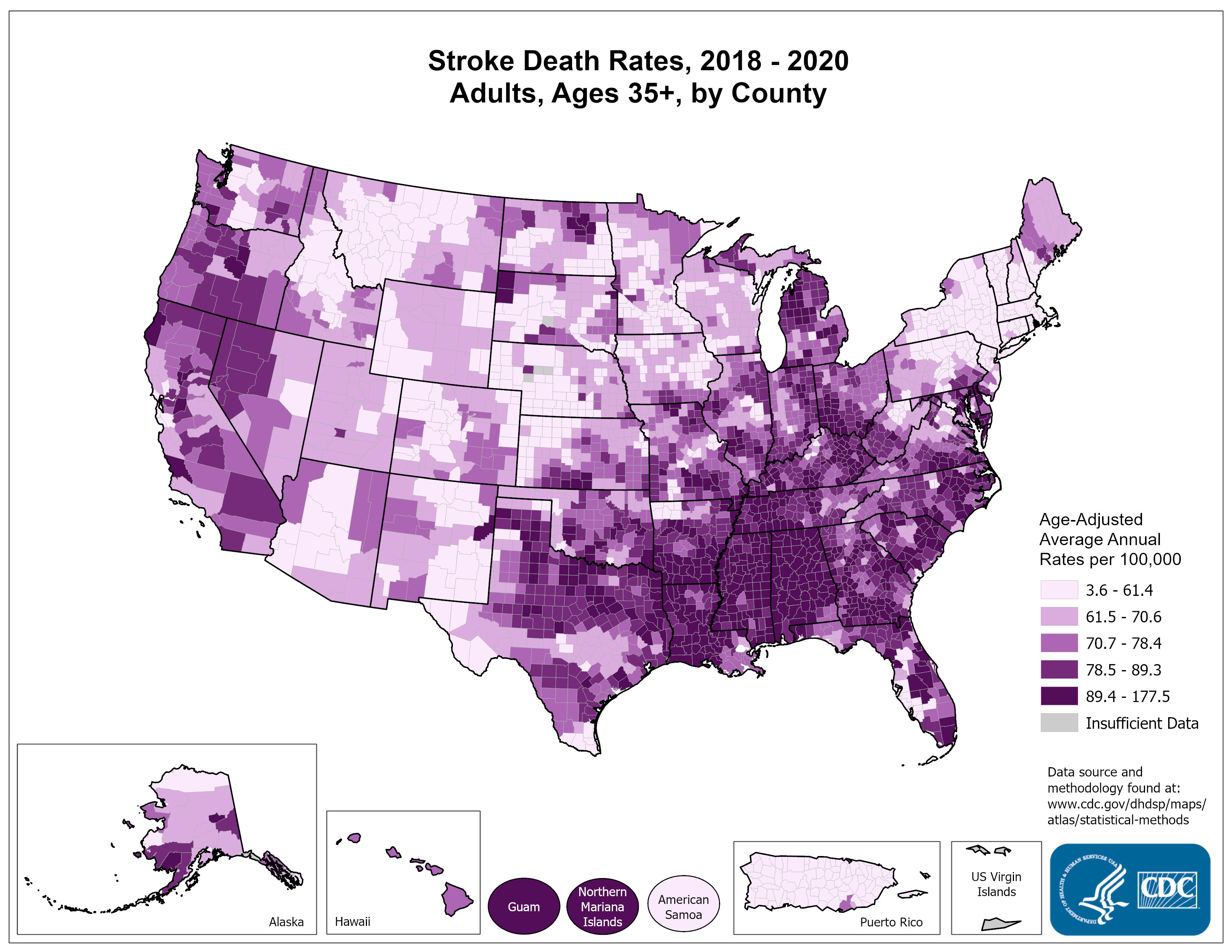 The country's highest death rates from stroke are in the southeastern United States.2

Find facts and statistics about stroke in the United States.
Download the Stroke Fact Sheet[PDF–426K]

Stroke Statistics by Race and Ethnicity

Early Action Is Important for Stroke

Know the warning signs and symptoms of stroke so that you can act fast if you or someone you know might be having a stroke. The chances of survival are greater when emergency treatment begins quickly.

Americans at Risk for Stroke

High blood pressure, high cholesterol, and smoking are leading causes of stroke. Two thirds of Americans have at least one of these conditions or habits.7
You can take steps to prevent stroke.

Learn about CDC programs that address stroke.
From other organizations: