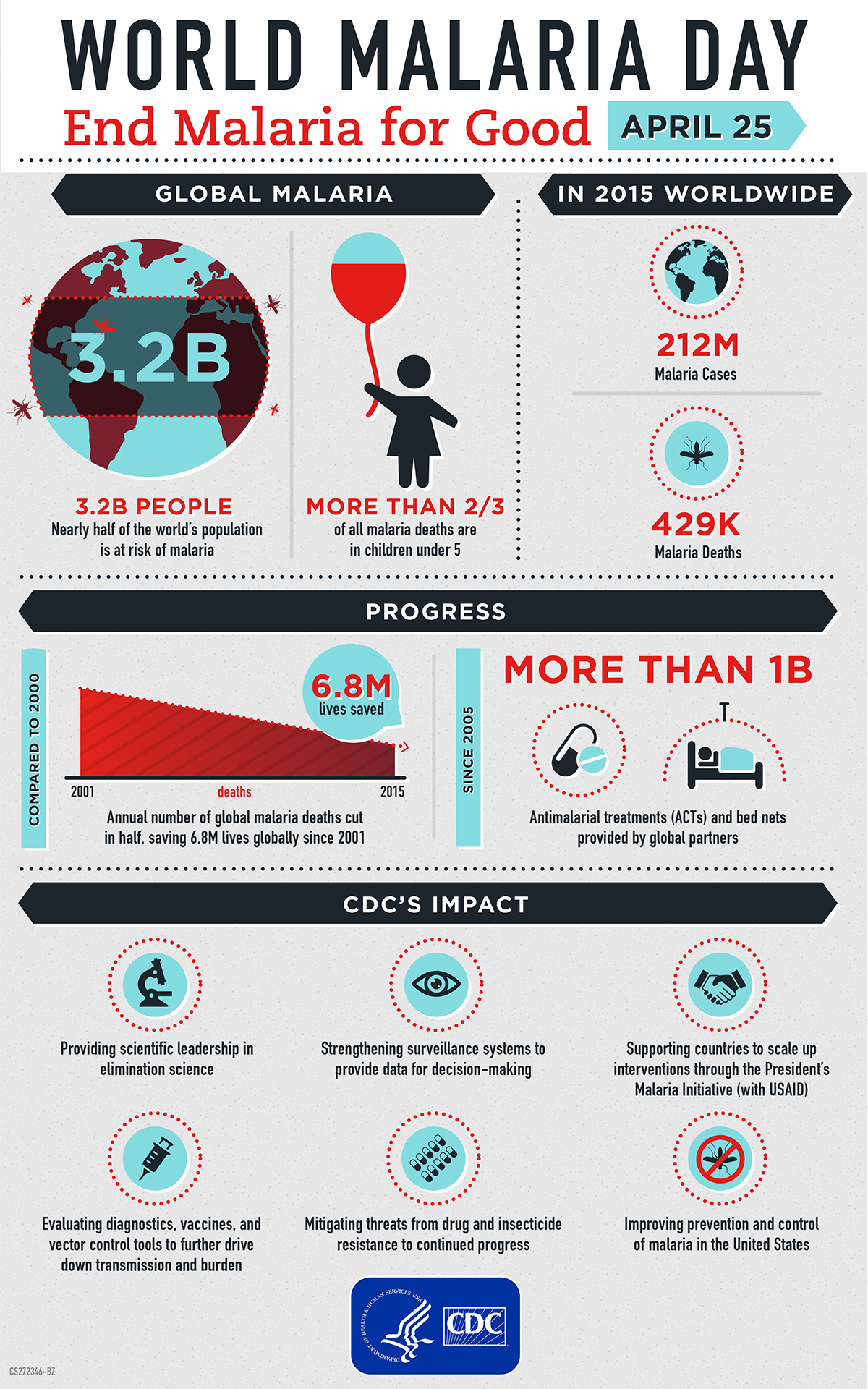 3.2B People: Nearly half of the world’s population is at risk of malaria
More than 2/3: of all malaria deaths are in children under 5

Compared to 2000: Annual number of global malaria deaths cut in half, saving 6.2M lives globally since 2001
Since 2005: More than 1B Antimalarial treatments (ACTs) and bed nets provided by global partners