They slow down and drive less aggressively after an accident, monitoring finds 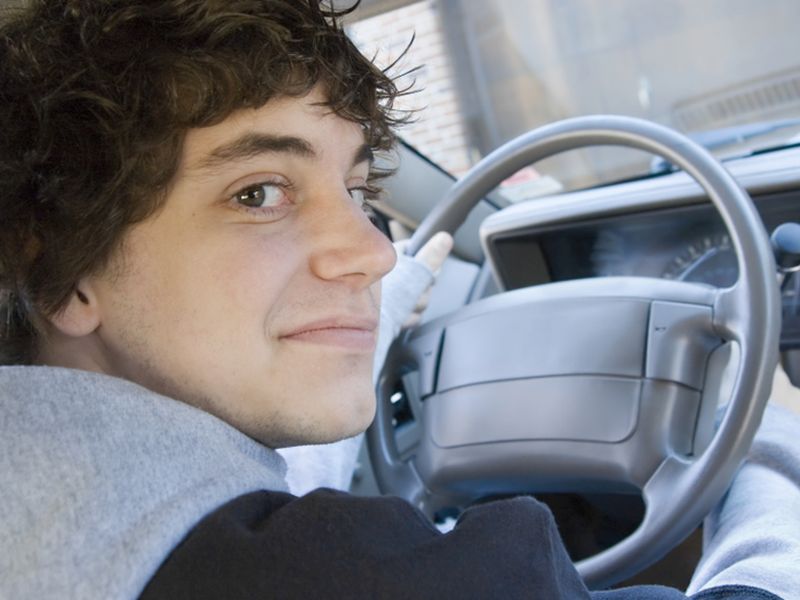 THURSDAY, March 16, 2017 (HealthDay News) -- No matter how often teenagers are told to drive safely, some might not heed that advice until they are involved in a crash, new research suggests.
The study included 254 teens, ages 16 and 17, who were participating in a driving study. Their cars were equipped with cameras and a device to measure acceleration, and researchers analyzed their driving habits.
The investigators found that among teens who were involved in a severe collision -- defined as "police-reportable" and causing major damage, airbag deployment, injury or a rollover -- there was an immediate change in their driving habits.
Rapid acceleration -- a sign of risky driving -- dropped by 34 percent, the findings showed.
After about two months, instances of rapid acceleration tended to rise again, but stayed below pre-crash levels, according to the study published in a recent issue of the journal Psychological Science.
The findings suggest that being in a serious crash may prompt teens to drive more safely, the study authors said in a journal news release.
"Crashes are not a good thing and every driver should try their best to avoid having one. But our research did uncover a positive aspect to an otherwise negative occurrence," said lead researcher Fearghal O'Brien. He is a lecturer at the National College of Ireland and conducted the study as a postdoctoral fellow at the U.S. National Institutes of Health.
"Our data showed that elevated acceleration events -- including rapid turns, stops and other aggressive maneuvering -- were higher among those who later crashed compared to those who did not. But these rates declined for at least two months following a crash, indicating safer driving behavior," O'Brien reported.
The improvement began within days, he noted. "The finding suggests that young drivers learn from the feedback from a crash," he added.
More research is needed to find out how long the changes last and to develop "safer ways to get them [teens] to correct their risky driving behaviors," he said.
SOURCE: Psychological Science, news release, March 1, 2017
HealthDay
Copyright (c) 2017 HealthDay. All rights reserved.
News stories are written and provided by HealthDay and do not reflect federal policy, the views of MedlinePlus, the National Library of Medicine, the National Institutes of Health, or the U.S. Department of Health and Human Services.