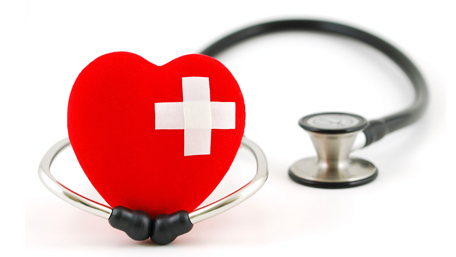 Article
References
Metrics
Since the discovery in 2003 that gain-of-function mutations in the gene encoding proprotein convertase subtilisin–kexin type 9 (PCSK9) cause autosomal dominant hypercholesterolemia, which was followed by the identification in 2005 of loss-of-function mutations in PCSK9 as a cause of lower low-density lipoprotein (LDL) cholesterol levels, interest in the PCSK9 pathway has exploded. PCSK9 is a secreted serine protease that binds to the extracellular domain of the LDL receptor and targets the LDL receptor to the lysosomal compartment for degradation.1Consequently, PCSK9 prevents recycling of the LDL receptor to the cell surface, thereby attenuating LDL clearance. PCSK9 is present in human plasma, where it is associated in part with lipoprotein particles.2 Higher circulating PCSK9 levels predict lower catabolism of apolipoprotein B, the main protein constituent of LDL.3 This suggests that interindividual differences in plasma PCSK9 concentrations are pathophysiologically relevant.
The identification of PCSK9 protein as a therapeutic target has led to the development of monoclonal antibodies that inhibit PCSK9 action. Importantly, although both statin and PCSK9-inhibitor treatment lower LDL cholesterol levels, their mechanisms of action are, at least in part, complementary. Statins and PCSK9 inhibitors both accelerate apolipoprotein B catabolism, but only PCSK9 inhibition attenuates apolipoprotein B production.4 Two fully human monoclonal antibodies, evolocumab and alirocumab, have been extensively tested. In two open-label, randomized extension studies (Open Label Study of Long Term Evaluation Against LDL-C Trial [OSLER]–1 and OSLER-2, which were conducted after parent phase 2 and phase 3 trials, respectively), evolocumab (140 mg administered subcutaneously every 2 weeks or 420 mg administered monthly) in addition to standard lipid-lowering therapy elicited a sustained 61% reduction in LDL cholesterol levels (relative to the change in LDL cholesterol levels with standard therapy alone) for a median period of 11 months.5 The magnitude of this response was found to be unrelated to the baseline PCSK9 level.6 In the Long-term Safety and Tolerability of Alirocumab in High Cardiovascular Risk Patients with Hypercholesterolemia Not Adequately Controlled with Their Lipid Modifying Therapy (ODYSSEY LONG TERM) trial, involving patients at high risk for cardiovascular disease, alirocumab (150 mg administered subcutaneously every 2 weeks) lowered LDL cholesterol levels by 61% over 78 weeks, as compared with an increase of 0.8% in LDL cholesterol levels with statin treatment (at the maximum possible dose) alone.7 In prespecified but exploratory analyses, the incidence of major adverse cardiovascular events was found to be significantly reduced with each of these drugs, but the number of events was low.5,6
Sabatine et al.8 now report in the Journal the results of the Further Cardiovascular Outcomes Research with PCSK9 Inhibition in Subjects with Elevated Risk (FOURIER) multinational trial, which determined the efficacy of evolocumab (in the same dose regimens as in the OSLER trials) with regard to cardiovascular events in 27,564 high-risk patients who were followed for a median of 2.2 years. A total of 81% of enrolled patients had had a previous myocardial infarction; the median baseline LDL cholesterol on a background of optimized lipid-lowering treatment was 92 mg per deciliter (2.4 mmol per liter). The mean decrease in LDL cholesterol levels, as compared with placebo, was 59% at 48 weeks; this result was paralleled by reductions in levels of non–high-density lipoprotein (HDL) cholesterol (decrease of 51% in the evolocumab group), apolipoprotein B (46%), lipoprotein(a) (27%), and triglycerides (16%), together with relatively small increases in HDL cholesterol (8%) and apolipoprotein A1 (7%). The primary end point, a composite of cardiovascular death, myocardial infarction, stroke, hospitalization for unstable angina, or coronary revascularization, occurred in 9.8% of evolocumab-treated patients, as compared with 11.3% of patients who received matching placebo, which corresponded to a 15% risk reduction. In addition, a 20% risk reduction was achieved with respect to the key secondary efficacy end point, a composite of cardiovascular death, myocardial infarction, or stroke. Remarkably, a reduction in cardiovascular risk was already seen after 1 year of active treatment. Efficacy did not vary according to the evolocumab dose regimen used, the baseline LDL cholesterol level, or the vascular risk domain, but it appeared to be more evident among nonwhite people.
The FOURIER trial is a landmark trial providing formal evidence that treatment targeted at PCSK9 inhibition confers additional cardiovascular benefit beyond that achieved by lipid-lowering treatment alone. However, in this trial, the duration of evolocumab treatment was rather short. The efficacy, with regard to atherosclerotic cardiovascular disease, of PCSK9 inhibition treatment that is started shortly after an acute event still needs to be determined, as does the efficacy of the treatment in other categories of high-risk patients. End-point studies of alirocumab and other monoclonal antibodies against PCSK9 (bococizumab and LY3015014) are under way, and an RNA interference therapeutic agent that inhibits PCSK9 synthesis and lowers plasma LDL cholesterol levels has been tested in a phase 1 study.
The side effects of treatment with monoclonal antibodies against PCSK9 appear to be generally mild but are being meticulously evaluated in separate substudies. Prolonged exposure to extremely low LDL cholesterol levels could negatively affect neurocognitive function and might result in impaired cellular delivery of fat-soluble vitamins. Reassuringly, alirocumab administration was not found to be associated with an increased risk of diabetes in a preliminary analysis.9
In 2015, the Food and Drug Administration approved the use of evolocumab and alirocumab for the treatment of certain patients with high cholesterol. It is anticipated that the results of the FOURIER trial will soon be implemented in international guidelines regarding the treatment of high-risk patients,10 directing clinicians in the use of this new and expensive class of drugs.
Disclosure forms provided by the author are available with the full text of this editorial at NEJM.org.
This editorial was published on March 17, 2017, at NEJM.org.