Scientists have designed a new way of testing the amount of urine present in swimming pools, according to a Canadian study.
The study revealed that people swimming in Olympic-sized pools could be doing so amongst up to 50 gallons of urine. 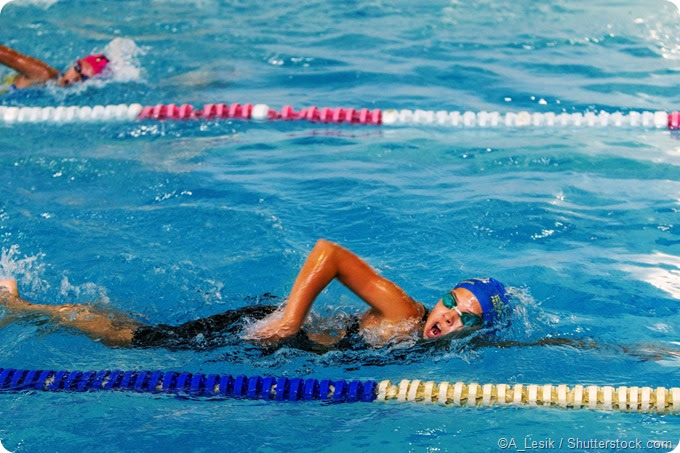 The test works by detecting a substance called acesulfane potassium (ACE), a widely consumed sweetener found in many processed and baked foods. ACE is consistently present in the urine, chemically stable and remains unaltered after passing through the body.

Over a three-week period, Xing-Fang Li (University of Alberta, Edmonton) and colleagues tested more than 250 water samples taken from 31 public pools and hot tubs in Canada. They also tested 90 samples of the tap water that was used to fill the basins in the first place.
As reported in Environmental Science & Technology Letters, the ACE concentration ranged from 30 to 7,110 nanograms per liter of water, which was up to 570 times the amount found in the tap water. In one example, a 110,000 gallon pool contained 7 gallons of urine and in another, a 222,000-gallon pool contained 20 gallons of urine. Furthermore, measurements of eight hot tub samples showed even higher concentrations of urine, with one hotel jacuzzi having more than three times the ACE level of the worst pool.
Recent studies have shown that although urine itself is sterile, compounds within it such as ammonia and creatinine can react with disinfectants in the water to produce disinfection by-products (DBPs). These volatile compounds can irritate the eyes and respiratory system and long-term exposure has been associated with occupational asthma.
Li and team say the findings highlight the need to raise awareness of pool chemistry and lead author Lindsay Blackstock, also from the University of Alberta, says she hopes the study will promote education about appropriate swimming pool hygiene practices amongst the public.

We should all be considerate of others and make sure to exit the pool to use the restroom when nature calls,”
Lindsay Blackstock.