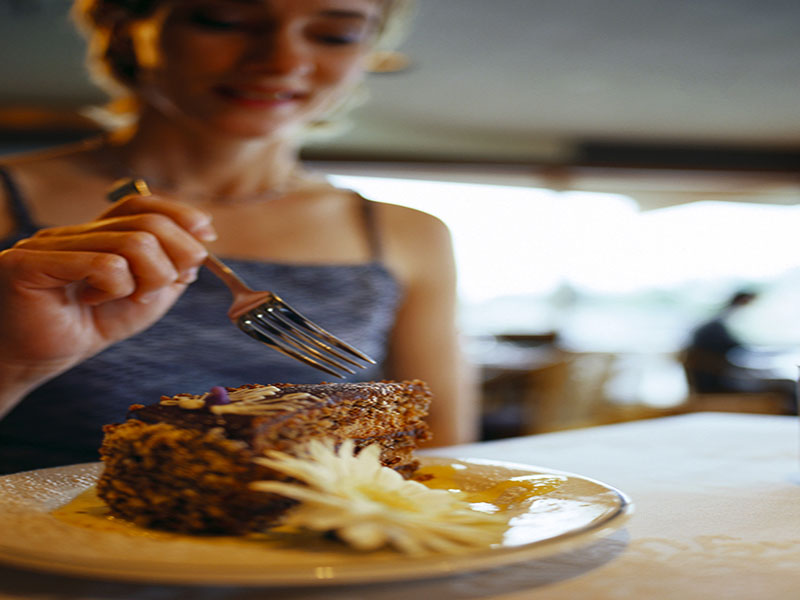 THURSDAY, March 2, 2017 (HealthDay News) -- A poor diet while young may do more than just make it tough to fit into a pair of jeans: New research suggests it might also raise a younger woman's risk for breast cancer.
"A diet high in sugar, refined carbohydrates, and red and processed meat makes it more likely that you may experience early onset breast cancer," said study senior author Karin Michels. She is chair of epidemiology at the UCLA Fielding School of Public Health, in Los Angeles.
An unhealthy diet appeared to increase that risk by more than one-third, but the findings can't prove cause-and-effect, Michels said. "We are talking about a link or association," she noted.
The study tracked data from more than 45,000 women enrolled in the Nurses' Health Study II. All of the women completed food frequency questionnaires about their teen and early adult diets, and were followed up for 22 years.
The researchers assigned the diets an inflammatory score, based on a method that links diet with established inflammatory markers in the blood. Eating a high-sugar, refined carbohydrate diet has been linked to higher levels of inflammatory markers in the blood, Michels explained.
Compared to the women with diets with a low inflammatory score, those in the highest of five groups during their teen years had a 35 percent higher risk of breast cancer before menopause, Michels and colleagues found.
And those in the highest inflammatory group during their early adult years had a 41 percent higher risk.
However, the inflammatory score was not linked with overall breast cancer incidence or with breast cancer occurring after menopause, the researchers found.
During the follow-up period, 870 of the women who finished the high school diet questionnaire were diagnosed with premenopausal breast cancer, and 490 were diagnosed with postmenopausal breast cancer.
The researchers can't explain why inflammation may drive up the risk. And while the main components of the inflammatory diet were foods that aren't surprising (such as white bread, hamburgers and pasta), the list also included lesser amounts of certain vegetables, such as celery, green pepper, mushrooms, eggplant and fish.
That finding deserves future study, Michels said.
The study also has limitations, the authors said, including the possibility of error in remembering a high school diet when the women were in their 30s and older.
Leslie Bernstein is a professor in the division of biomarkers for early detection and prevention at the Beckman Research Institute at the City of Hope Comprehensive Cancer Center in Duarte, Calif. She was not involved in the study but reviewed the new findings and said, "It's a modest increase in risk."
Bernstein agreed that the mechanism for why inflammation may drive up risk is not fully understood by experts.
What advice would she offer women?
"Same thing I would tell them before this was written," Bernstein said. "Eat a diet that is healthy -- more chicken and fish than red meat, complex carbohydrates, eat a lot of vegetables, eat fruit and don't drink sugary drinks.''
The study was published March 1 in the journal Cancer Epidemiology, Biomarkers & Prevention.
SOURCES: Karin Michels, Sc.D., Ph.D., professor and chair, epidemiology, Fielding School of Public Health, University of California, Los Angeles; Leslie Bernstein, Ph.D., professor, division of biomarkers for early detection and prevention, Beckman Research Institute, City of Hope Comprehensive Cancer Center, Duarte, Calif.; March 1, 2017, Cancer Epidemiology, Biomarkers & Prevention
HealthDay
Copyright (c) 2017 HealthDay. All rights reserved.
News stories are written and provided by HealthDay and do not reflect federal policy, the views of MedlinePlus, the National Library of Medicine, the National Institutes of Health, or the U.S. Department of Health and Human Services.