Pediatricians' group urges members to watch out for the 'female triad' 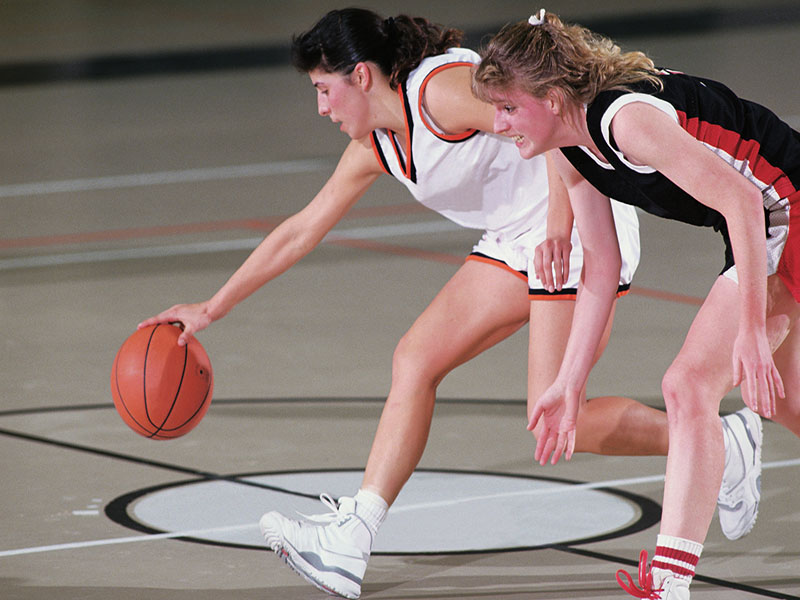 MONDAY, July 18, 2016 (HealthDay News) -- Doctors need to be on the lookout for a trio of harmful health conditions in young female athletes, a new report says.
Known as the "female athlete triad," the conditions include eating problems, menstrual problems and weakened bones, according to the American Academy of Pediatrics. Experts now know that all three conditions need not be present together to cause long-term health issues, and that they are triggered by strenuous sports training and not eating enough to meet the body's demands.
"Each one of the components really exists on a spectrum," explained report co-author Dr. Amanda Weiss Kelly, division chief of pediatric sports medicine at Rainbow Babies & Children's Hospital in Cleveland.
The report discusses what is known about the triad and how doctors can screen for it during routine office visits.
Doctors can ask a number of questions involving eating habits and views, menstrual period patterns and orthopedic issues such as stress fractures, the report said.
Depending on the answers, a doctor can decide what to do next. For instance, if a girl has had stress fractures without any increase in training and has irregular menstrual periods, testing bone health may be in order, the report said.
"I think it's important for parents to understand that kids do not need to have an eating disorder to be affected by the triad," Weiss Kelly said. Getting too few calories with intense training can impact bone health and lead to stress fractures and period problems even without an eating disorder.
Menstrual problems are more difficult for parents to pick up on, but a lack of periods or very irregular ones need checking, she said. And while the emphasis is on girls, boys can also be affected with bone issues and eating problems, she added.
The best thing parents can do, Weiss Kelly said, is to be sure their children are getting enough calories in proportion to their energy output.
That total may surprise many parents, she noted.
Teens, on average, need about 1,800 to 2,500 calories daily "just to be teens," Weiss Kelly said. Depending on the intensity of the sport and training, calories need to be added.
"For every mile run, you need another 100 calories," she said. Figure a girl who plays soccer runs about a mile every 15 minutes, she advised.
If parents can't figure it out, they can always consult a registered dietitian, who can map out a good eating plan and suggest a good total daily calorie count.
The new report is timely, said Dr. Annie Casta, a primary care sports physician at Nicklaus Children's Hospital in Miami. "We've become more aware" of the problem, she said.
According to the report, up to a third of high school female athletes may have at least one component of the triad. Casta urges parents to be aware of factors that may point to problems, such as a stress fracture or skipping periods.
At that point, parents should seek medical help. Once the bone health and menstrual cycle problems set in, it can lead to long-term problems, Casta added.
The report was published online July 18 in the journal Pediatrics.
SOURCES: Amanda Weiss Kelly, M.D., division chief, pediatric sports medicine, Rainbow Babies & Children's Hospital, and associate professor, pediatrics, Case Western Reserve University, Cleveland; Annie Casta, M.D., primary care sports physician, Nicklaus Children's Hospital, Miami; July 18, 2016,Pediatrics, online
HealthDay
Copyright (c) 2016 HealthDay. All rights reserved.
News stories are provided by HealthDay and do not reflect the views of MedlinePlus, the National Library of Medicine, the National Institutes of Health, the U.S. Department of Health and Human Services, or federal policy.