Think You're Allergic to Penicillin? Maybe Not: MedlinePlus

Think You're Allergic to Penicillin? Maybe Not: MedlinePlus

Think You're Allergic to Penicillin? Maybe Not

Only a severe reaction that comes within a hour or two signals true allergy to the antibiotic, allergist says 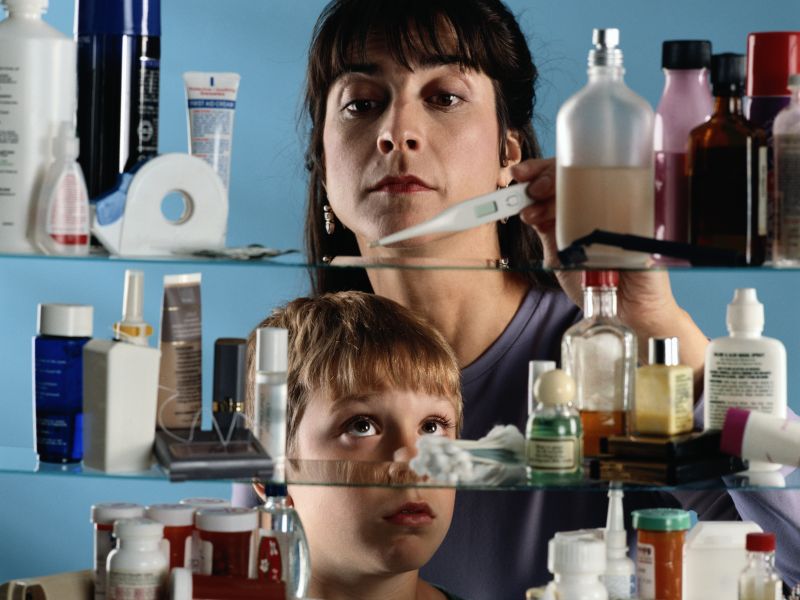 TUESDAY, May 10, 2016 (HealthDay News) -- Many people who believe they're allergic to penicillin actually aren't, an allergist says.
"Hypersensitivity reactions are the major problem in the use of penicillin," said Dr. Thomas Leath, an allergist with the Texas A&M College of Medicine.
"Many people who report a penicillin allergy don't even know why. It could be because they had a reaction when they were very young, or because a family member had an allergic reaction and told their children not to take penicillin," he said in a university news release.
People who are allergic to penicillin often have to take more expensive antibiotics that can have more side effects, Leath noted.
While many people tell their doctor they are allergic to penicillin, a Mayo Clinic study found that 80 percent to 90 percent of people who list a penicillin allergy have no evidence of a true reaction and avoid the drug unnecessarily. There is a skin test for penicillin allergy.
Another reason why people mistakenly believe they are allergic to penicillin is inappropriate prescribing of the drug for conditions it can't treat, such as the flu and colds.
"Penicillin will not treat viruses like the common cold. When someone is prescribed an antibiotic for a virus, they may break out in a rash or experience other side effects falsely attributed to penicillin," Leath said.
A real allergic reaction to penicillin can cause symptoms that include hives, nausea, diarrhea, vomiting, swelling of the lips, tongue and throat, and asthma-like symptoms, he said.
"Penicillin allergies can even drop your blood pressure, cause dizziness or loss of consciousness," Leath said. "If you experience almost all these symptoms listed, and at the same time, you're having an anaphylactic [life-threatening] reaction and need to see a health care provider immediately.
"True allergic reactions happen quickly after exposure -- usually within 10 to 15 minutes or within an hour or two of taking the drug. If you have a reaction, like an upset stomach, three days after beginning a penicillin regimen, you probably aren't allergic," Leath said.
SOURCE: Texas A&M Unversity, news release, May 4, 2016
HealthDay
Copyright (c) 2016 HealthDay. All rights reserved.
News stories are provided by HealthDay and do not reflect the views of MedlinePlus, the National Library of Medicine, the National Institutes of Health, the U.S. Department of Health and Human Services, or federal policy.