Opioid Spending in the U.S. Shifts from Consumers to Insurers

Opioid Spending in the U.S. Shifts from Consumers to Insurers 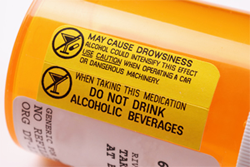 According to a study released by CDC, consumer out-of-pocket spending on opioids per 100 morphine milligram equivalents (a standard reference measure of strength for various opioids) declined from $4.40 in 2001 to 90 cents 2012, with insurers paying an increasingly larger share of the cost.
Deaths from drug overdose have dramatically increased in recent years and are now the leading cause of injury death in the United States. Deaths from prescription opioid overdose quadrupled between 1999 and 2013. According to the study, changes in financing and cost of opioid pain relievers coincide with the large increase in overdose deaths associated with these drugs.
Prescription opioid drug spending grew dramatically from 1999 to 2012. Americans spent $2.3 billion on prescription opioids in 1999. By 2006, spending had almost tripled to over $7.0 billion. In 1999, 53% of spending on opioid pain relievers was out-of- pocket, but by 2012, out-of-pocket spending had declined to 18% of all expenditures. The most dramatic change in the financing of opioid pain relievers occurred in the public insurance sector. In 1999, Medicare and Medicaid paid for 9% of opioid drug spending (1% and 8%, respectively). In 2006, the Medicare prescription drug benefit (Medicare Part D) was implemented. Since this time, Medicare has been the largest payer (about 30%) for opioid pain relievers.
The new study “Payments for Opioids Shifted Substantially to Public and Private Insurers While Consumer Spending Declined, 1999-2012,” released in Health Affairs, documents a decline in opioid drug unit costs after 2006 as well. Medicare spent considerably more for prescription opioids for enrollees younger than age 65 than any other payer spent for prescription opioids for patients of all ages.
CDC is working with communities and prescribers to prevent opioid misuse and overdose by tracking and monitoring the epidemic and helping states scale up effective programs. CDC is developing opioid prescribing guidelines to help primary care doctors provide safer, more effective care for patients with chronic pain, and working to equip health care providers with data, tools, and guidance so they can make informed treatment decisions.
Learn More
Publicado por salud equitativa en 6:45