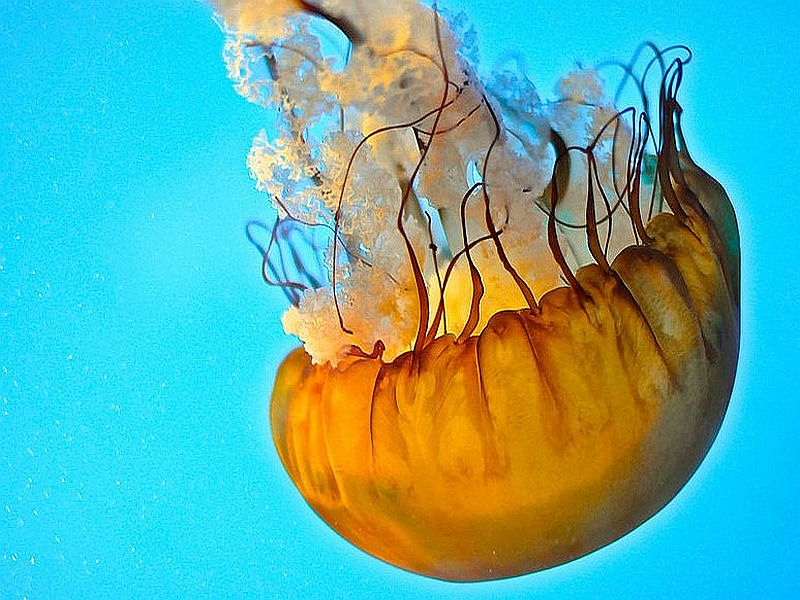 FRIDAY, April 29, 2016 (HealthDay News) -- If you're unlucky enough to suffer a jellyfish sting, new research says that heat is better than cold for easing the pain.
The team at the University of Hawaii at Manoa noted that jellyfish stings are a growing health problem worldwide. But, there has been disagreement over how best to treat and manage the painful stings.
"People think ice will help because jelly stings burn and ice is cold," study author Christie Wilcox, a postdoctoral fellow at the University of Hawaii's School of Medicine, said in a university news release.
"And if you Google it, many sites -- even those considered reputable -- will tell you to put ice on a sting to dull the pain. But research to date has shown that all marine venoms are highly heat sensitive, thus hot water or hot packs should be more effective than cold packs or ice," she explained.
In an attempt to resolve the ongoing debate about how best to deal with jellyfish stings, the researchers reviewed all published studies to date that examined the use of heat or cold.
Mild jellyfish stings can hurt for hours to days and leave lasting scars. Some jellyfish stings can even be deadly, the researchers said.
Most of the evidence the researchers found supported the use of immersion in water that was about 45 degrees Celsius (113 degrees Fahrenheit).
"I was shocked that the science was so clear, given that there is so much debate over the use of hot water," Wilcox said.
"It's simple, really: if you're stung, use hot water or hot packs rather than ice or cold packs," she concluded.
Results from the study were published recently in the journal Toxins.
SOURCE: University of Hawaii at Manoa, news release, April 20, 2016
HealthDay
Copyright (c) 2016 HealthDay. All rights reserved.
News stories are provided by HealthDay and do not reflect the views of MedlinePlus, the National Library of Medicine, the National Institutes of Health, the U.S. Department of Health and Human Services, or federal policy.