Who does NOT use complementary health approaches? A new analysis of NHIS data 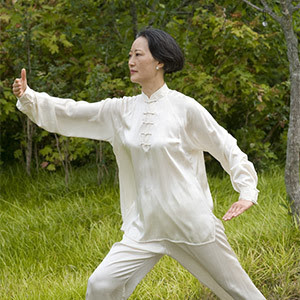 A new analysis from the 2007 National Health Interview Survey (NHIS) finds that people with lower educational levels and incomes are less likely to know about and use complementary health approaches even if they have low-back pain (the most common condition for which people often seek out these practices). Although previous surveys have looked at who uses complementary health approaches, not many studies have examined who does not use them and why. The new study appears in the online journal PLoS One.

The NHIS is an annual survey in which tens of thousands of Americans are interviewed about their health- and illness-related experiences. The 2007 survey included a supplement with questions on 36 complementary approaches used in the United States. The supplement also collected information on reasons for non-use of four common complementary health approaches (acupuncture, chiropractic, natural products, and yoga).

Researchers analyzed two different samples of data. The first was a sample of 13,128 adults who had never used acupuncture, chiropractic, natural products, or yoga. The second sample was a subset of these same non-users,  2,580 adults, who also  reported low-back pain in the previous 3 months.

Among the findings from the study:
The researchers concluded that if individuals with health concerns, such as low-back pain, are aware of clinically appropriate complementary therapies they might use them. They also noted that disparities in the use of complementary health approaches, related to education and other socioeconomic factors, may negatively affect quality of care. Strategies are needed to help reduce the disparities in understanding and to improve access to health care.