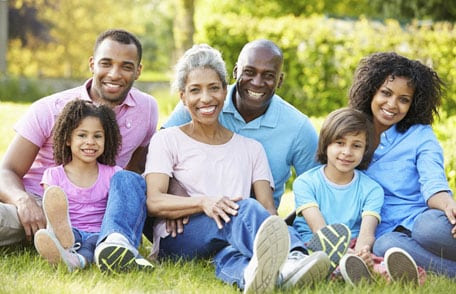 Celebrate 30 Years of Advancing Health Equity! Learn about the Million Hearts initiative and the ABCs, and link to information and activities that address the health and well-being of African American populations in the United States.

To commemorate and celebrate the contributions to our nation made by people of African descent, American historian Carter G. Woodson established Black History Week. First celebrated in 1926, the week was expanded into Black History Month in 1976 as part of the nation's bicentennial.
This year's theme is, "A Century of Black Life, History, and Culture". The year 2015 marks the 30th Anniversary of the 1985 Report of the Secretary's Task Force on Black and Minority Health, a landmark eight-volume report, known as the Heckler Report, documenting the extent of health disparities affecting Americans of color and recommending action steps for the nation to address these disparities. 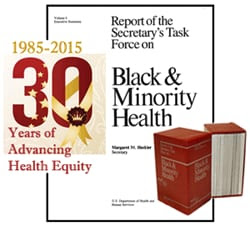 30th Anniversary of the Heckler Report
After years of observing poorer health for Blacks and other minorities in comparison to Whites, the Secretary of HHS, Margaret Heckler, commissioned a powerful task force in 1984 to describe these health results more fully and to consider what the federal government could do to address them.  The Secretary released the Task Force's report in October, 1985, making this the first time that the federal government provided a national picture of the health of racial and ethnic minorities. Since the publication of the Heckler Report, we are better able to describe more fully the health of all Americans.
For More Information:
U.S. Census Bureau, Facts for Features
Black (African-American) History Month: February 2015 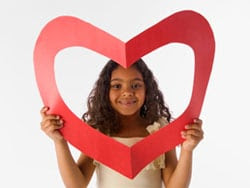 African Americans are at higher risk for heart disease and stroke.

Every year, Americans suffer more than 1.5 million heart attacks and strokes.
Every day, 2,200 people die from cardiovascular disease—that's nearly 800,000 Americans each year, or 1 in every 3 deaths.
Together, heart disease and stroke are among the most widespread and costly health problems facing the nation today, accounting for more than $312.6 billion in health care expenditures and lost productivity annually—and these costs are rising. On a personal level, families who experience heart disease or stroke not only have to deal with medical bills but also lost wages and the real potential of a decreased standard of living.
We're all at risk for heart disease and stroke. People of all ages, genders, races, and ethnicities are affected. However, certain groups—including African Americans and older individuals are at higher risk than others.
Nearly half of all African American adults have some form of cardiovascular disease that includes heart disease and stroke.
High blood pressure is the leading cause of heart attack and stroke in the United States. About 2 out of every 5 African American adults have high blood pressure, and less than half of them have it under control. African American adults are much more likely to suffer from high blood pressure (hypertension), and heart attack and stroke deaths than white adults. Individuals living below the federal poverty level are more likely to have high blood pressure compared with those living at the highest level of income.

You can reduce your risk and improve your heart health by following the ABCS:
Million Hearts™ initiative is a national public-private partnership that aims to prevent 1 million heart attacks and strokes by 2017 by using clinical and community prevention to improve the ABCS.
For more information, visit the following CDC and HHS Web sites:

The CDC Health Disparities & Inequalities Report - United States, 2013 (CHDIR) is important for encouraging action and facilitating accountability to reduce modifiable disparities by using interventions that are effective and scalable. The report also underscores the need for more consistent data on population characteristics that have often been lacking in health surveys such as disability status and sexual orientation.
For examples of some important health disparities affecting the African American population reported in the CHDIR, see the Black or African American Populations web page.