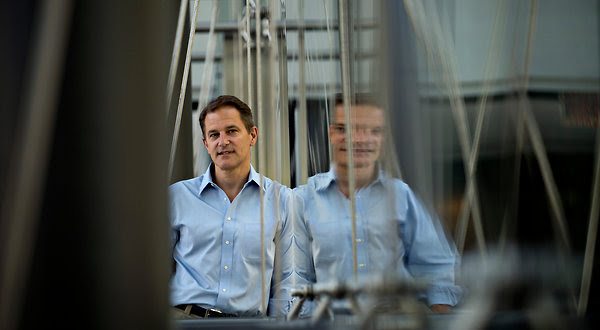 Gloria M. Petersen, a researcher, encountered a thorny disclosure issue in a study about predisposition to pancreatic cancer.
It could have been a sign that the man was infected with H.I.V.; the only way to tell was further testing. But Dr. Chinnaiyan, who leads the Center for Translational Pathology at the University of Michigan, was not able to suggest that to the patient, who had donated his cells on the condition that he remain anonymous.
In laboratories around the world, genetic researchers using tools that are ever more sophisticated to peer into the DNA of cells are increasingly finding things they were not looking for, including information that could make a big difference to an anonymous donor.
The question of how, when and whether to return genetic results to study subjects or their families “is one of the thorniest current challenges in clinical research,” said Dr. Francis Collins, the director of the National Institutes of Health. “We are living in an awkward interval where our ability to capture the information often exceeds our ability to know what to do with it.”
The federal government is hurrying to develop policy options. It has made the issue a priority, holding meetings and workshops and spending millions of dollars on research on how to deal with questions unique to this new genomics era.
The quandaries arise from the conditions that medical research studies typically set out. Volunteers usually sign forms saying that they agree only to provide tissue samples, and that they will not be contacted. Only now have some studies started asking the participants whether they want to be contacted, but that leads to more questions: What sort of information should they get? What if the person dies before the study is completed?
The complications are procedural as well as ethical. Often, the research labs that make the surprise discoveries are not certified to provide clinical information to patients. The consent forms the patients signed were approved by ethics boards, which would have to approve any changes to the agreements — if the patients could even be found.
Sometimes the findings indicate that unexpected treatments might help. In a newly published federal study of 224 gene sequences of colon cancers, for example, researchers found genetic changes in 5 percent that were the same as changes in breast cancer patients whose prognosis is drastically improved with a drug, Herceptin. About 15 percent had a particular gene mutation that is common in melanoma. Once again, there is a drug, approved for melanoma, that might help. But under the rules of the study, none of the research subjects could ever know.
Other times the findings indicate that the study subjects or their relatives who might have the same genes are at risk for diseases they had not considered. For example, researchers at the Mayo Clinic in Rochester, Minn., found genes predisposing patients to melanoma in cells of people in a pancreatic cancer study — but most of those patients had died, and their consent forms did not say anything about contacting relatives.
One of the first cases came a decade ago, just as the new age of genetics was beginning. A young woman with a strong family history of breast and ovarian cancer enrolled in a study trying to find cancer genes that, when mutated, greatly increase the risk of breast cancer. But the woman, terrified by her family history, also intended to have her breasts removed prophylactically.
Her consent form said she would not be contacted by the researchers. Consent forms are typically written this way because the purpose of such studies is not to provide medical care but to gain new insights. The researchers are not the patients’ doctors.
But in this case, the researchers happened to know about the woman’s plan, and they also knew that their study indicated that she did not have her family’s breast cancer gene. They were horrified.
“We couldn’t sit back and let this woman have her healthy breasts cut off,” said Barbara B. Biesecker, the director of the genetic counseling program at the National Human Genome Research Institute, part of the National Institutes of Health. After consulting the university’s lawyer and ethics committee, the researchers decided they had to breach the consent stipulations and offer the results to the young woman and anyone else in her family who wanted to know if they were likely to have the gene mutation discovered in the study. The entire family — about a dozen people — wanted to know. One by one, they went into a room to be told their result.
“It was a heavy and intense experience,” Dr. Biesecker recalled.
Around the same time, Dr. Gail Jarvik, now a professor of medicine and genome science at the University of Washington, had a similar experience. But her story had a very different ending.
She was an investigator in a study of genes unrelated to breast cancer when the study researchers noticed that members of one family had a breast cancer gene. But because the consent form, which was not from the University of Washington, said no results would be returned, the investigators never told them, arguing that their hands were tied. The researchers said an ethics board — not they — made the rules.
Dr. Jarvik argued that they should have tried to persuade the ethics board. But, she said, “I did not hold sway.”
Publicado por salud equitativa en 15:38