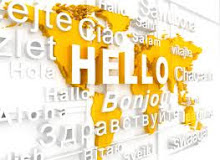 One of the hottest parenting trends today is giving children language instruction beyond that of their primary, native tongue. Because speaking more than one language can be beneficial academically, can affect the college admissions process, and can help determine a child’s career trajectory upon reaching adulthood, parents are more determined than ever to help their kids reach bilingual goals. There are several methods for boosting kids’ linguistic aptitude; here are five of the most popular right now.
The most effective method of teaching a child to speak more than one language is the one that suits her individual needs; just as no two children are exactly alike, no two language instruction programs will have the same level of effectiveness. In today’s increasingly global economy and a “shrinking” world of connectivity with fellow humans around the globe, the ability to comfortably and confidently speak at least one language apart from English can give students and young adults a considerable competitive edge over her peers and, later, her coworkers. Whichever method that you choose, it’s important to be fully committed to helping your child master her second language, as she will require the support and assistance of her parents and caregivers in order to absorb and retain it.