By Sally Robertson, B.Sc.Dec 3 2018Reviewed by Kate Anderton, B.Sc.
Researchers at Imperial College London have developed nanoscale “tweezers” that can extract cellular components such as DNA, proteins, and organelles, without causing damage or bursting the cell. 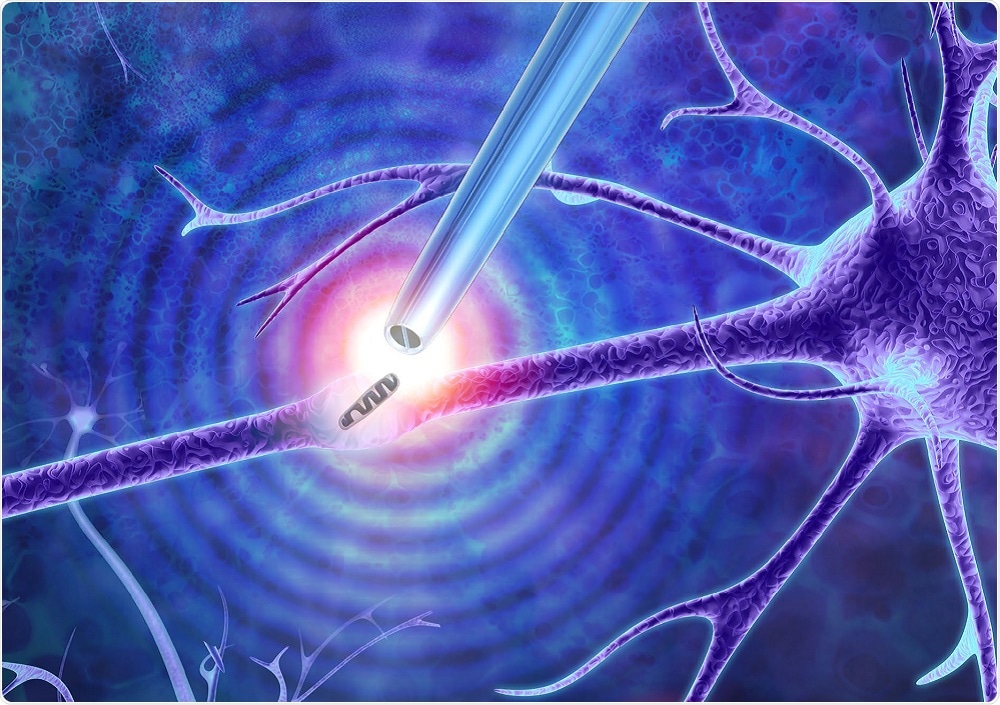 Imperial College London
The development, which was recently described in the journal Nature Nanotechnology, could help researchers build a human cell atlas that would shed light on cellular function and the disruptions that occur in disease.
Although scientists are continually learning more about cellular function, many questions still remain. One problem is that individual cells that are of the same type are composed differently at the single-molecule level.
By cataloging the differences between individual cells of the same type, researchers can improve their understanding of cellular processes, design better models of disease and even develop new, patient-specific treatments.
However, the methods used to study these differences generally entail bursting a cell open, which results in the cellular contents becoming mixed and the loss of spatial and dynamic information.
Now, the nanoscale “tweezers,” developed by Professor Joshua Edel and Dr Alex Ivanov, have enabled single molecules to be extracted from cells in real-time, without the cells having to be burst.

We have demonstrated that we can manipulate and extract several different parts from different regions of the cell - including mitochondria from the cell body, RNA from different locations in the cytoplasm and even DNA from the nucleus."
Professor Joshua Edel, Lead Author

The tweezers are made up of a sharp glass rod with a 50-nanometer-wide tip that is split into two electrodes separated by a gap of 20 nanometers.
The technique is based on a phenomenon referred to as dielectrophoresis; the application of an alternating current causes the 20-nanometer gap to generate a highly localized electrical field that traps and extracts single molecules and particles within the cell.
The ability to extract single molecules in this way sets the technology apart from traditional methods and could enable studies that have not previously been possible.
Ivanov says the tweezers could be an important addition to the toolbox for manipulating single cells and their components:

By studying living cells at the molecular level, we can extract individual molecules from the same location with unprecedented spatial resolution and over multiple points in time. This may provide a deeper understanding of cellular processes, and in establishing why cells from the same type can be very different to each other."
Professor Joshua Edel, Lead Author