By Rebecca Woolley, BScReviewed by Lois Zoppi, BA
In this age of ever-increasing awareness of how our diet affects our health and weight, the Paleolithic (Paleo) and ketogenic (keto) diets are two highly-popularised dietary management plans.
Although they share some common guiding features, such as a reduction in carbohydrate intake and no calorie counting, the underlying principles of each are different.
The paleo diet focuses on eating similarly to our ancestors from the Paleolithic era, aiming to derive nutrition from whole, natural foods and eliminate processed, refined food.
The keto diet, on the other hand, aims to alter the nutritive composition of the food we eat, in order to modify how the body processes energy. Proponents declare a multitude of benefits from each strategy, including: weight reduction, increased energy and elevated mood. 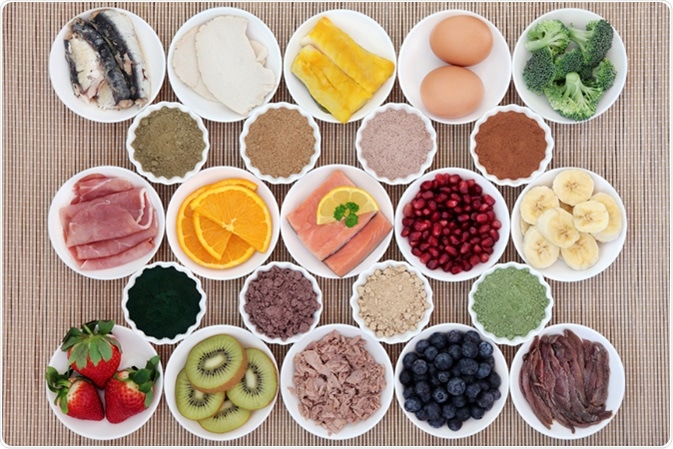 What is the Paleo Diet?

The Paleo diet aims to revert eating habits back to those of our hunter-gatherer caveman ancestors, one million years ago. It is based on the theory that the human body has not evolved at the pace that the human diet has changed over the past 10,0000 years and therefore, is not well-adapted to many of the foods we consume today. Industrialization and farming (animals and food) has created a greater availability of highly-refined and -processed, hormone- and antibiotic-containing foods. This imbalance is thought to contribute to the high rates of chronic diseases throughout the developed world such as diabetes, heart disease and obesity.

Commercial Paleo diets vary somewhat in some of the foods that they recommend and restrict. In general, they follow these basic guidelines:
What to eat:
What to avoid:

The Paleo diet clearly promotes healthy eating by encouraging the consumption of nutritious, natural foods, including fruit, vegetables and nuts. Randomized clinical trials comparing the Paleo diet with others are lacking. However, early evidence suggests that the Paleo diet:
More research is needed in order to understand the long-term effects of the paleo diet on health.

A major concern with thePpaleo diet is the complete restriction of foods traditionally regarded as healthy. Wholegrains and legumes are good sources of fiber; vitamins and other nutrients and dairy products provide protein and calcium. The effects of eliminating these nutrients from the diet have not been effectively shown in clinical trials. These foods are also generally cheaper than the recommended organic meat or nuts. Therefore, the Paleo diet can prove to be too expensive for some to maintain for an extended period.
Researchers also question whether the theory underlying the Paleo diet may oversimplify the relationship between humans and their dietary adaptation. Additional considerations include:

What is the Keto Diet?

A ketogenic diet is designed to force the body to switch from using glucose as the main energy source to utilising fat. It is high in fat, moderate in protein, and very low in carbohydrate.
By markedly reducing carbohydrate intake, the body has to switch from using this as its primary source of energy. When the body receives less than 50g of carbohydrate per day, significantly less insulin is secreted and catabolism is induced.
Once glycogen stores are depleted, energy must be generated from glucose broken down from non-carbohydrate sources (gluconeogenesis), such as lactic acid, glycerol, and the amino acids alanine and glutamine.
Once these supplies are exhausted and the body cannot keep up with glucose demands, it provides an alternative source of energy from ketone bodies.
During ketogenesis, fatty acids are converted into beta-hydroxybutyrate and acetone, the basic ketone bodies used for energy during “nutritional ketosis”.
The body will remain in a ketotic state for as long as it is deprived of carbohydrates and other sources of glucose. Therefore, protein consumption also needs to be limited in order to prevent endogenous production of glucose via gluconeogenesis. However, there is no restriction on fat or overall daily calories.
This is considered to be quite safe as the ketone bodies are only produced in small amounts and do not alter blood pH. It is not to be confused with the life-threatening condition, ketoacidosis, which results from the accumulation of extremely high concentrations of ketone bodies in the blood, creating acidosis.

Nutritional intake is made up of approximately 55% to 60% fat, 30% to 35% protein and 5% to 10% carbohydrates. The most problematic challenge is often to consume enough fat without consuming too much protein.
What to eat:
What to avoid:

Paleo vs. Keto in a Nutshell

In short, the Paleo diet’s aim is to eat natural, unrefined foods, whereas the keto diet is more metabolically-focused, aiming to keep insulin levels low and ketones high. While each diet is based on a different ideology, they do share several, guiding characteristics.
Both diets advocate reducing consumption of sugar and refined carbohydrates and put a greater emphasis on eating nutritious, wholesome, natural foods. Neither requires calorie restriction and followers have the freedom to choose the quantity of recommended foods that they eat, within reason.
The ketogenic diet does, however, require a greater deal of monitoring and food restriction in order to maintain the correct balance of nutrients in the diet.
Recent epidemiological studies have refuted the traditionally-held belief that high-fat diets cause obesity and other related diseases (e.g. coronary heart disease, diabetes and cancer). Animal studies generally reveal the contrary.
A recent systemic review and meta-analysis of randomized controlled trials revealed significantly greater weight loss with low-carbohydrate vs. low-fat diets.
Low-fat diets were also better at retaining an individual’s basal metabolic rate. While this is more directly aligned with the goals of the ketogenic diet, these results can also be adapted to a paleo-focused nutrition plan.

Both diets appear to have health benefits that extend beyond weight loss to related medical conditions as well, including diabetes, coronary heart disease and hypertension.
Their rapid rise in popularity is, no doubt, a reflection of the rapid improvements experienced by followers, however, their long-term effects are yet to be determined.