What changes do the bodies of astronauts undergo during space flight?

There are many changes that occur when an astronaut enters space. Physiological and anatomical changes include bone atrophy, muscle atrophy, and cardiovascular deconditioning occurred in an astronaut’s body during space flight. In addition, space flight leads to dynamic molecular changes within cells.

What is microgravity? How is it used in research?

Researchers or scientists use microgravity to understand the anatomical or physiological changes that occur in astronaut’s body when they enter space. In the future, it will be applied to the development of new treatment strategies for space adaptation syndrome.
In our study, we defined simulated microgravity as 10-3G. We previously reported that the cells cultured in microgravity show a lot of changes (cell differentiation, gene expression, proliferation, and epigenetic regulation). We are now trying to apply microgravity not only to studying the changes that occur during space flight but also cell-based therapy in central nervous system diseases.

Why is it important to study the effects of gravity on the human body?

Understanding the mechanisms behind the changes that occur in an astronaut’s body is extremely important for developing treatments against space adaptation syndrome, but also, in the study of muscle and bone atrophy that occur in disuse syndrome (for example, bed rest).

Please describe your recent research in the field of microgravity.

Read the research paper by Prof. Yuge and his colleagues in Stem Cells and Development.
In our latest study, we investigated the cellular changes related to physical stress (in particular, in response to changes in gravity). We also explored the applications of microgravity culture in cell-based therapy. Our recent paper showed that cranial bone-derived mesenchymal stem cells had higher neuroprotective effects against neural damage, both in vitro and in vivo.

What changes did you observe?

In an recenarticle published in NPJ Microgravity, myoblast differentiation can be significantly attenuated by microgravity.
Gene expression involved in muscle differentiation cultured in simulated microgravity condition was also significantly lower than those cultured under normal gravity conditions. We also found that this phenomenon was regulated by DNA methylation of MyoD promoter region.

How could your research be used to study human disease?

We found that suppression of muscle differentiation in microgravity is affected by DNA methylation status, therefore, our study could be used to enhance our understanding of the molecular mechanisms behind myogenesis and develop new drugs for skeletal muscle dysfunction.

Regenerative medicine involves the stem cells to improve disease outcomes. At present, these stem cells need to be controlled using drugs and genetic manipulation in order to maintain their undifferentiated state.
We are now conducting a project to try and overcome these challenges. Our aim is to cultivate stem cells in a simulated microgravity environment and produce highly safe stem cells that can be used clinically. 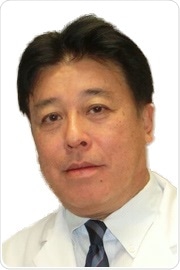 Professor Yuge received his Dr.Med.Sc. and PhD in Histology and Cell Biology from the Graduate School of Biomedical Sciences at Hiroshima University in 2000.  He is currently a Professor in the Division of Bio-Environment Adaptation Sciences at Hiroshima University.
He has published over 100 research papers, reviews and book chapters mostly in the area of cellular response in physical environments, space medicine, and rehabilitation medicine.
He is a member of the Advisory Committee of the Micro G simulation center of the Kennedy Space Center of the National Aeronautics and Space Administration (NASA) and a member of the Society for Brain Mapping and Therapeutics (SBMT). Professor Yuge is also the director of the cell therapy venture company SBL (Space Bio-Laboratories YK).
Publicado por salud equitativa en 8:06