By Sally Robertson, BScJune 12, 2018
Researchers from CNRS and the Université de Bordeaux have revealed the mechanism through which amyloid peptide aggregates alter brain cells to cause the harmful effects seen in Alzheimer’s disease. 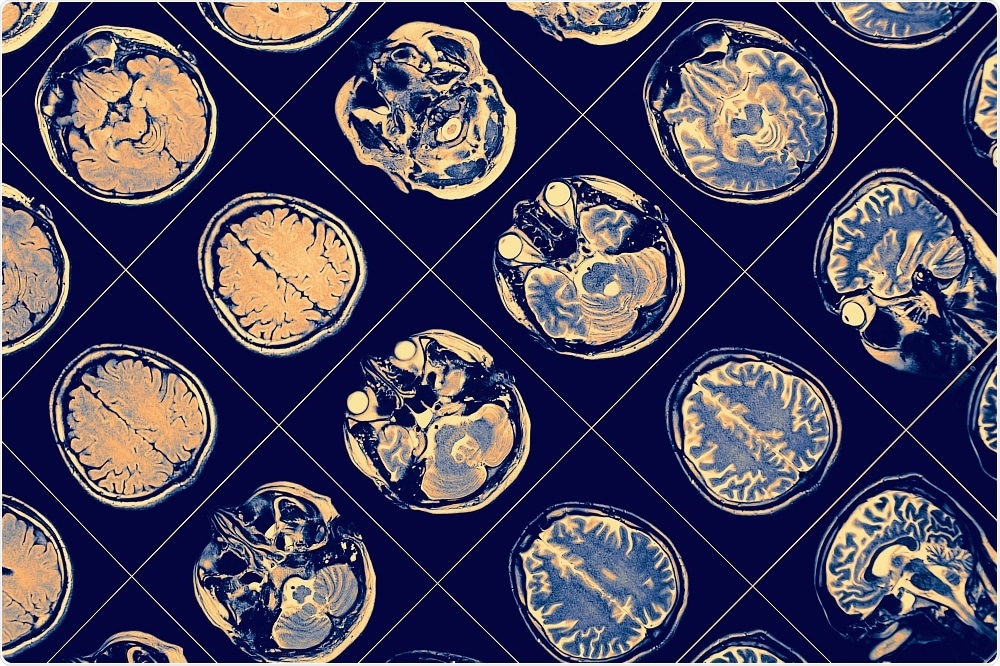 Image Credit: sfam_photo / Shutterstock
As described in the journal Cell Reports, the aggregates alter the normal function of connections between neurons by interacting with a key enzyme of synaptic plasticity.

Alzheimer’s disease is characterized by neuronal loss, fibrillar degeneration and the accumulation of amyloid peptides that form on amyloid plaques, but the involvement of these disease features in the development of symptoms has been unclear.
For example, researchers know that amyloid peptides impair synapses, but how they do this has been poorly understood.
Now, a study conducted by Daniel Choquet and colleagues has shown in animal models of Alzheimer’s that peptide oligomers interact with a key enzyme in synaptic balance and prevent its normal mobilization.
The enzyme, called CamKII, usually orchestrates synaptic plasticity, which enables nerve cells to reinforce their responses to the signals they exchange.
Groups of neurons involved in memorizing information are connected by synapses, which are controlled by mechanisms of synaptic plasticity. Synaptic plasticity is key to memory and the ability to learn.
When the connection between two neurons needs to be reinforced so that information can be memorized, CamKII is activated. This leads to a series of reactions that enhance the transmission of messages between the neurons.
Amyloid peptides stop CamKII from contributing to this synaptic plasticity process, which eventually leads to loss of the synapse.
The discovery could be used to help understand the early stages of Alzheimer’s disease, when the cognitive deficiencies first start to appear.
Next, researchers plan to continue studying amyloid aggregates and try to prevent their interaction with CamKII that causes the loss of synapses seen in this disease.
Source:
https://www.alphagalileo.org/en-gb/Item-Display/ItemId/164757?returnurl=https://www.alphagalileo.org/en-gb/Item-Display/ItemId/164757
Publicado por salud equitativa en 10:12