The average 10-year risk of developing cardiovascular disease varies widely among India’s states, ranging from 13.2% to 19.5%, with substantial variation across socio-demographic groups according to a study published this week in PLOS Medicine by Pascal Geldsetzer and Rifat Atun of Harvard University, and colleagues. 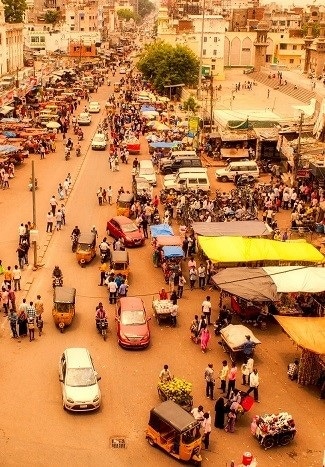 Image Credit: hyderabad_12019, Pixabay
Cardiovascular disease (CVD) is the leading cause of mortality in India, yet evidence on the risk factors for CVD among India’s population is limited. In the new study, researchers used two large household surveys carried out between 2012 and 2014, which sampled 797,540 adults aged 30 to 74 years across India. CVD risk was examined using established risk scores by state, rural or urban residence, age, sex, household wealth, and education.

The study identified substantial variation in CVD risk both among states and across socio-demographic groups. Overall 10-year risk of a CVD event ranged from 13.2% in Jharkhand to 19.5% in Kerala. District-level wealth and urbanization were both associated with higher CVD risk. Adults with higher household wealth tended to have a greater CVD risk. The study also determined that smoking was more prevalent in poorer households and rural areas, whereas body mass index, prevalence of high blood glucose, and systolic blood pressure were positively associated with household wealth and urban location.
“[This] information will be essential for effective targeting of resources and interventions for prevention, screening, and treatment to those most at risk and most in need,” the authors say. “Such investments in targeted CVD care programs as well as relevant health policy measures are urgently needed—particularly in states with a high CVD risk.”
In an accompanying Perspective, David Peiris of the University of New South Wales, Australia, and Dorairaj Prabhakaran of India’s Centre for Chronic Disease Control write that the implications of the new work are different for different sectors, and could impact both clinical practice and policy making. “The risk profile heat maps generated in [the new] study could guide where the most intensive efforts are needed,” they say.
Source:
https://www.plos.org
Publicado por salud equitativa en 8:10