By Sally Robertson, BScJune 21, 2018
Researchers from the University of Texas, Austin have developed a new way of correcting the errors previously seen in DNA barcodes, yielding more reliable results and widening the scope for future biomedical research. 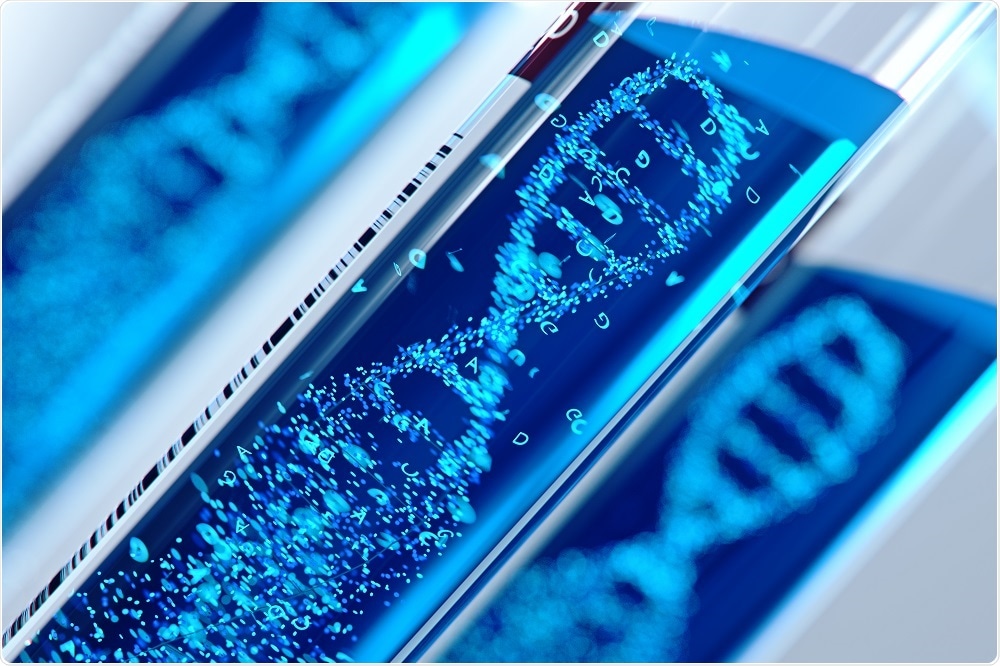 Image Credit: Connect world / Shutterstock
A DNA barcode is a short sequence of letters made up of the four letters representing the bases found in DNA: A, C, G and T. These genetic labels can be attached to molecules such as cellular proteins or therapeutic agents to track their movement and their interaction with other molecules.
However, around 10% of the time, errors occur, with a letter being deleted, replaced with the wrong letter or an extra letter being inserted.
This can skew the results, making the interpretation of data difficult and limiting the type of experiments that can be done reliably.
As reported in the journal Proceedings of the National Academy of Sciences, postdoctoral researcher John Hawkins and colleagues have now developed a new method that lowers the barcode error rate from 10% to 0.5%, whilst still working extremely rapidly.
The team has applied for a patent and will be making the technique freely available for academic and non-commercial use.
The new error-correction method, called FREE (filled/truncated right end edit) barcodes, involves selecting the correct barcodes from the start.
A sequence of letters is chosen for each barcode so that even if an error arises, it will still be more like the intended barcode than any other.

My contribution has been designing a way to find those barcodes such that even if there is an error in it, you know which original barcode it came from."
Dr. John Hawkins, Lead Researcher

Hawkins says a great deal of cutting-edge research in medicine and drug development involves the use of DNA barcodes and being able to improve the accuracy and efficiency of so many of these is very exciting.

Now with these better barcodes, this allows us to have larger, more ambitious experiments that weren't possible before."
Dr. John Hawkins, Lead Researcher