Researchers confirm the weight loss benefits of the 16:8 diet

By Sally Robertson, BScJune 20, 2018
Researchers from the University of Illinois at Chicago have shown that fasting for 16 hours of the day is an effective weight loss measure and can also lower blood pressure. 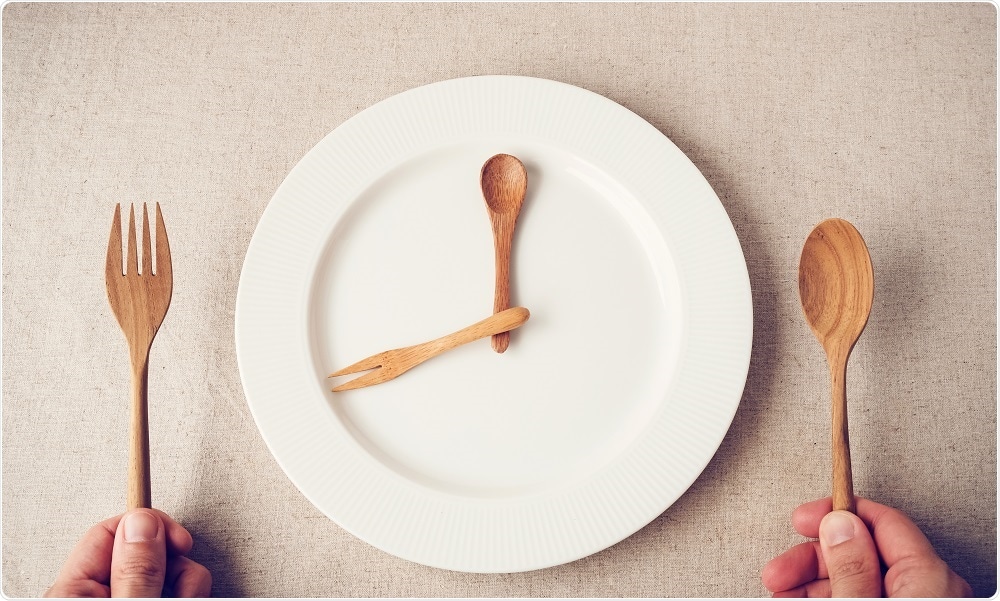 Image Credit: SewCream / Shutterstock
This is the first time researchers have studied the effect of time-restricted eating – where eating is limited to certain times of day – on weight loss among obese people.
As reported in the journal Nutrition and Healthy Aging, the researchers studied 23 obese individuals (aged an average of 45 years) who had an average body mass index of 35.

Between 10am and 6pm (8 hours), participants could eat any type and quantity of food they liked, but for the other 16 hours they only drank water or calorie-free drinks. They undertook the diet for 12 weeks and were continuously monitored.
The team compared the findings with a matched control group from a previous weight loss trial that investigated a different type of fasting.
The researchers found that people who followed the 16:8 diet consumed fewer calories, lost weight and had improved blood pressure, compared to the controls. All other measures, including fat mass, insulin resistance and cholesterol, were similar to the control group.
Study author Krista Varady says the take-home message from this study is that there are weight loss programs that do not involve calorie counting or the elimination of certain foods.
She adds that although the research indicates that daily fasting works for weight loss, no studies have yet established whether it is more effective than other diets, although the team did find that the weight loss was slightly less than the weight loss seen in other studies of fasting diets.
Varady says these preliminary results show that time-restricted feeding is promising as a weight loss tool in obese adults, but that longer-term, large-scale randomized controlled trials are needed.

When it comes to weight loss, people need to find what works for them because even small amounts of success can lead to improvements in metabolic health."
Krista Varady, Study Author