Living in mountains may affect bone growth | The Indian Express

Living in mountains may affect bone growth | The Indian Express

A study has found that people living in the mountains may have relatively shorter arm segments. The conversion from food to energy isn't as efficient due to the lack of oxygen at higher terrains as a result there isn't sufficient energy for growth. 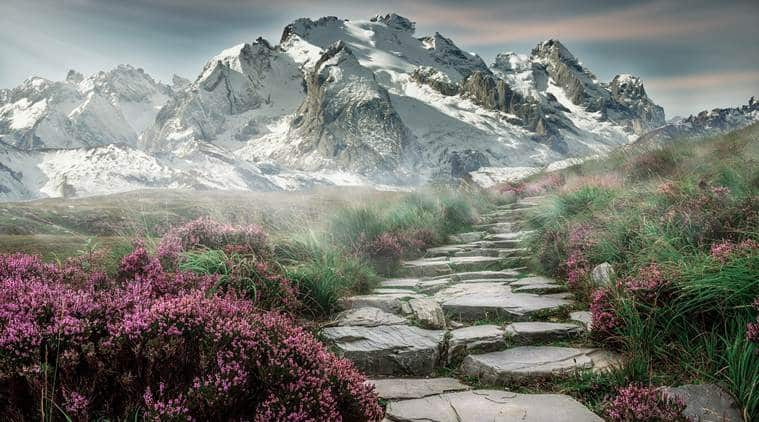 A new study states bone growth of those living in the mountains may be affected. (Source: Pixabay)
The place you live may have some influence on your bone growth as a new study has shown that people residing at higher altitudes may have relatively shorter lower arm segments. The team, however, found that their length of upper arm and hand were almost similar to those from lower altitudes. The authors explained that oxygen levels are lower at higher altitudes which may reduce the efficiency of conversion of food into energy in an individual’s body and may lead to relatively limited energy available for growth.
Living in higher altitudes can prove to be quite challenging, the crop growth is relatively poor thus making food to be scarce. There is very limited energy available for growth as due to the challenging topography oxygen levels are lower hence conversion of food to energy isn’t as orderly.
“Our findings are really interesting as they show that the human body prioritises which segments to grow when there is limited energy available for growth, such as at high altitude. This comes at the expense of other segments, for example the lower arm,” said lead author Stephanie Payne from the University of Cambridge. “The body may prioritise full growth of the hand because it is essential for manual dexterity, whilst the length of the upper arm is particularly important for strength,” Payne added.
In the study, published in the journal Royal Society Open Science, the researchers examined over 250 individuals who belonged to the Himalayan Sherpa populations. Then they compared the data to genetically similar Tibetan groups living in the lowlands of Nepal. While this pattern of differential limb segment growth is interesting, scientists are still uncertain of the biological mechanism behind it.
For all the latest Lifestyle News, download Indian Express App
Publicado por salud equitativa en 6:26