By Catherine Shaffer, M.Sc
Live-cell lattice light-sheet microscopy (LLSM) is a technique for imaging cells rapidly. The technique, developed by Eric Betzig, makes use of a lattice pattern of thin light beams, reducing the total amount of light delivered to the sample and minimizing phototoxicity. 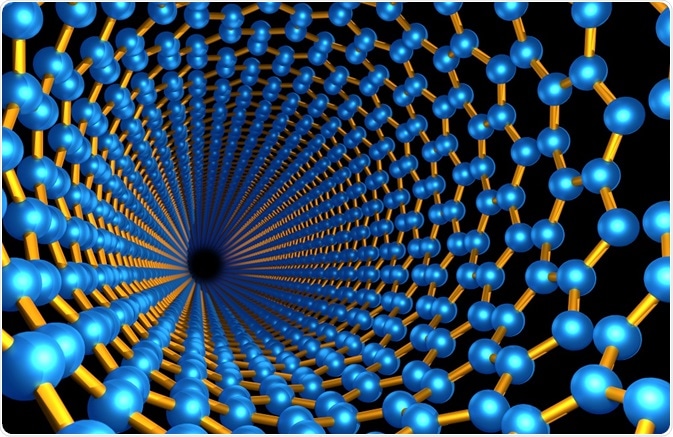 Image Credit: forance / Shutterstock
Using lattice light-sheet microscopy, it is possible to make continuous fluorescence movies of developing organisms with no phototoxic effect. Lattice patterns are typically adjustable and can providing images that exceed the resolution of confocal microscopy.
A major challenge when studying live cells is observing them without affecting their behavior. LLSM overcomes this issue as it minimizes the cell’s exposure to light, and uses a plane of illumination light rather than a point, which allows data to be acquired faster than a standard confocal microscope. This has enabled more detailed, accurate studies of cells.

In one study of human cancer cells, live cell light sheet microscopy was used to visualize membrane nanotubes. These structures provide a means of communication between cells using soluble messengers such as in endocrine, paracrine, or exosome signaling.

These nanotubes have also been investigated for a possible role in cancer disease progression and resistance to therapies. However, lack of a marker or imaging methodology has prevented these structures from being studied in intact live tissues.
The researchers used LLSM to create a very thin sheet of light, and step it through the specimen rapidly to acquire a three-dimensional image. They used a human breast cancer cell line expressing a bright fluorescent genetically encoded GFP membrane marker.
The results showed that the cells form multiple nanotubes in culture to propagate Ca2+ signals between cells and traffic GFP tagged membrane aggregates.

Another innovative use of LLSM is imaging membrane dynamics. Membranes divide cells into compartments, and remodeling of those membranes is an important step in any change of cell size or transfer of components to and from the surface.
During mitosis, there are changes in the shape of the cell that lead to birth of two cells. Scientists used LLSM to study the dynamics of pit formation in the plasma membrane on the cell surface. They found no difference in the lifetimes or intensities of coated pits on the top and bottom surfaces of cells at interphase.
In fact, the potential applications for LLSM are nearly limitless. In a 2014 publication in Science, researchers reported that they had used the technique on 20 different biological processes across four orders of magnitude of space and time. Those included observations of:
The authors found that photobleaching and phototoxicity were reduced by up to two orders of magnitude. These experiments established that LLSM compared favorably with previous techniques and revealed the opportunity in future studies to characterize previously unknown biological phenomena.
Reviewed by Hannah Simmons, BSc