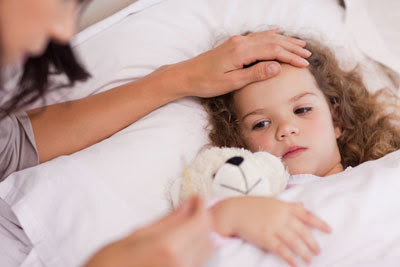 June 8, 2018 – The CDC is reporting an additional pediatric flu-related death this week, bringing the total number this season to 172. This number exceeds the 2012-2013 season, which previously set the record for the highest number of flu-related deaths in children reported during a single flu season (excluding pandemics). Approximately 80% of these deaths occurred in children who had not received a flu vaccination this season. CDC recommends an annual flu vaccine for everyone 6 months and older. These deaths are a somber reminder of the importance of flu vaccination and the potential seriousness of flu. CDC experts have described the 2017-2018 season as a high severity season, with influenza-like-illness (ILI) remaining at or above baseline for 19 consecutive weeks, record-breaking flu hospitalization rates, and elevated pneumonia and influenza mortality for 16 weeks.
Since flu-related deaths in people younger than 18 years became nationally reportable in 2004, the number of deaths reported to CDC has ranged from 37 during the 2011-2012 season to 171 deaths during the 2012-2013 season. This excludes the 2009 H1N1 pandemic, when 358 pediatric deaths were reported to CDC during April 15, 2009, through October 2, 2010. The 2012-2013 season was similar to the current one in that influenza A(H3N2) viruses predominated overall. The severity of that season was characterized as moderate severity overall among children and adults, but high severity was reported among older adults. H3N2-predominant flu seasons are typically associated with more severe outcomes for both children and older adults.
While flu vaccination is recommended for everyone 6 months and older, certain people are known to be more vulnerable to serious flu-related complications, including children younger than 5 years (and especially those younger than 2 years) and children of any age with certain long-term health problems, such as asthma or other lung disorders, heart disease, or a neurologic or neurodevelopmental disorder.
Reported flu deaths in children this season are evenly split between boys and girls, and about half of these children are reported to have had a medical condition that placed them at high risk of developing serious flu complications. About 60% of these children died after admission to the hospital, while about 40% of children died at home or the emergency department. Most children died within 7 days of symptom onset. More information about reported flu deaths in children this season, and previous seasons, is available on FluView Interactive.
Data this season is similar to what has been previously reported, including in a recent CDC study published in the journal Pediatrics showing that half of flu-related deaths in children from 2010 to 2016 occurred in otherwise healthy children, only 22% of whom were fully vaccinated. The same study also showed antiviral treatment was only given in about half of all pediatric flu deaths. Nearly two-thirds of children died within seven days of developing symptoms. Over one-third died at home or in the emergency department prior to hospital admission.
While flu vaccine can vary in how well it works each season, a CDC study published in Pediatrics in 2017 showed that flu vaccination can be life-saving for children. The study, which looked at data from four flu seasons between 2010 and 2014, found that flu vaccination reduced the risk of flu-associated death by half (51 percent) among children with underlying high-risk medical conditions and by nearly two-thirds (65 percent) among otherwise healthy children.
As reporting of deaths in children can be delayed, it’s possible that additional flu-related deaths in children during the 2017-2018 season will be reported to CDC.
Publicado por salud equitativa en 10:25