By Liji Thomas, MD
Congenital anomalies of the uterus are defects of uterine development and shape that occur during intrauterine life. Their prevalence is estimated to be less than 5%, but up to a quarter of women who have had miscarriages or preterm deliveries have such defects. 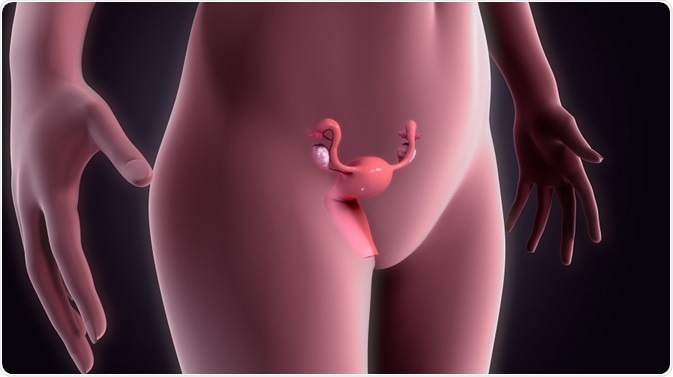 Development of the uterus

The female organs develop from the Mullerian ducts, which are a pair of organs found early in intrauterine life. Each gives rise to half of the uterus and one fallopian tube, which later fuse together to form one organ with paired fallopian tubes. Interruption of this normal course of events leads to abnormal uterine development and defects in the mature uterus.

Defects of uterine development may include:
Among these, the septate and bicornuate uterine anomalies are the most common. The arcuate uterus does not have a significant clinical impact and is considered to be a variant of normal.

Most uterine anomalies occur due to unknown reasons. In more than 90% of cases, the karyotype or chromosome pattern is normal. Historically, the use of diethylstilbestrol (DES), an estrogen analogue, was prescribed to many women in the decades between 1940 and 1971, as a preventive measure for miscarriage and preterm delivery.
However, it was found to lead to a generation of women who were at increased risk for uterine anomalies, due to their exposure to DES, while still in the womb. Other than this, however, no established risk factors have been identified so far, nor any preventive measures.

Most women with uterine anomalies are not aware of any defect as their female physiology is typically unaffected. In most cases, fertility is unimpaired. In a few cases, dysmenorrhea or painful periods may be a symptom, though this is very nonspecific.
In infertile women, these anomalies are picked up during the routine workup. In some women renal defects are also present, with renal agenesis (absence of one kidney) being the most common associated anomaly, followed by crossed fused renal ectopia and duplex kidney.

While a history of repeated miscarriage or infertility may cause a suspicion of congenital uterine anomalies, they are confirmed only by imaging studies, such as a hysterosalpingogram or scanning with ultrasound or MRI. 3D coronal transvaginal imaging is the most accurate means of ultrasound diagnosis, when performed in the secretory or second half of the monthly cycle. MRI may be preferred as non-invasive and accurate.
Surgical repair or reconstruction is the only form of treatment for such women, provided the defect is severe enough to cause obstruction of the reproductive tract, associated in many cases with infertility or miscarriages.
Septate uteri are most commonly repaired to improve the chances of having a baby, but the other types are generally left alone. In some cases, when obstruction of the female genital tract is present, surgical correction may result in permanent infertility, and so the woman should be told what to expect beforehand.
Reviewed by Chloe Barnett, BSc