By Sally Robertson, BScFebruary 12, 2018
Researchers from The Scripps Research Institute have discovered new information about how motor proteins called dyneins interact with another protein called dynactin to transport molecules to different parts of a cell. 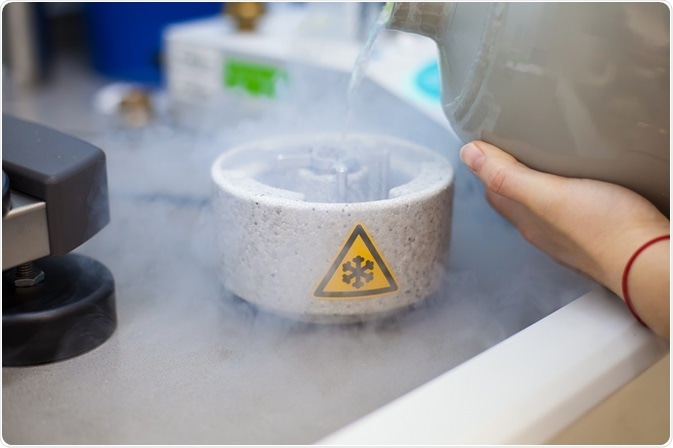 Credit: PolakPhoto/ Shutterstock.com
Scientists already knew that dynactin is needed to move cellular cargo such as signaling molecules and organelles to cells, but they did not fully understand how different parts of the dynein−dynactin complex work together.
Fully understanding how this complex is arranged and assembled is essential to explaining the mechanisms underlying dynein-related neurodegenerative conditions such as spinal muscular atrophy (SMA).
In this new study, Gabriel Lander and colleagues used an imaging technique called cryo-electron tomography and advanced computational algorithms to create, for the first time, a clear, high resolution 3D reconstruction or tomogram of the complex bound to microtubules. Microtubules are the structures that dyneins “walk” along to deliver cellular cargo.
However, these methods were unable to create a 3D structure that could be clearly interpreted. Co- first author of the study, Danielle Grotjahn, therefore developed a new way of identifying specific components in the complex, using information hidden in the tomograms. This enabled the team to guide the imaging processing software to recreate the entire microtubule-bound complex.
"Danielle was doing the first big step for the computational algorithms," says Lander.
The new reconstruction allowed the researchers to identify a surprising new feature of the complex; it is made up of two dynein molecules rather than just the one they had expected. Since each dynein has two motor domains, this means the dynein−dynactin complex has a total of four motor domains.

This discovery was totally unexpected, and will change how this motor complex is represented in cell biology and biochemistry text books"
Saikat Chowdhury ,The Scripps Research Institute

Previous research had only ever led researchers to believe there was just the one dynein molecule, Landers adds.
The study showed that dynactin serves as a stable scaffold, tying together the team of motor domains and activating their ability to move along microtubules. This helped the team understand how dynein hauls large structures such as organelles over long distances.
The imaging processes used in this study could be applied to elucidate the structure of other large, flexible proteins.
"We're now able to move past cartoon models and visualize the fine details of many dynamic macromolecular complexes. As we learn more about the 3D organization and architecture of these molecular machines, we will be better equipped to understand how they malfunction in disease,” says Grotjahn.
Source:
https://www.eurekalert.org/pub_releases/2018-02/sri-mcd020918.php
Publicado por salud equitativa en 5:27