By Cashmere Lashkari
For a patient suffering from any of the conditions categorized under COPD, the lungs are affected in a manner that hinders their proper functioning. The damage to the lung continuously increases and the symptoms become progressively worse. In most conditions the damage caused to the lungs is permanent even with medical aid. Symptoms commonly include breathlessness with mild activity and a perpetual cough. 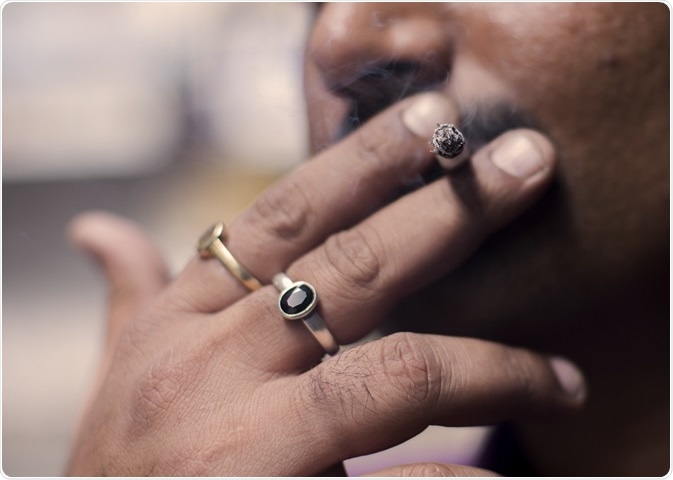 Credit: Rohan D Kubal/ Shutterstock.com
There is no cure for COPD, but if identified and diagnosed promptly, it can be managed to help the patient breathe easier. Should there be obvious symptoms like increased breathlessness, a lot of coughing, wheezing, a feeling of fatigue with daily activities and a tightening or feeling of constriction in the chest, visiting the doctor is highly recommended. By catching the symptoms in time, it is possible to minimize the damage to the lungs.
Chronic Obstructive Pulmonary Disease (COPD) is a term used for any lung condition which marks a reduction in the airflow through the lungs. This causes a difficulty in breathing, coughing, and excessive production of mucus.
It is a progressive disease, which can be potentially life threatening. The two most common conditions of COPD are Emphysema and Chronic Bronchitis. Others could include Refractory Asthma and Bronchiectasis.

Who is at risk of COPD?

Chronic Obstructive Pulmonary Disease can strike anyone, however there are some people who may be more at a risk for developing the lung condition. Since managing the disease is easier when diagnosed sooner, should you fall in the risk group, pay more attention to any symptoms that affect the lungs.

The inhalation of tobacco laced smoke is the greatest risk factor for developing COPD. When a cigarette is burnt, nearly 7000 harmful chemicals are released. Each of which plays havoc with the functioning of the lungs. It is not limited to those smoking cigarettes, but is equally applicable to those smoking cigars, pipes and even weed. The toxin laden smoke which is inhaled in to the lungs has a tendency to cause inflammation. More than 85% of COPD conditions are caused due to smoking.

For those with an already weakened immune system, it is difficult to ensure that the lungs stay healthy. An asthma patient is likely to develop infections easily, which can narrow the air passages or bronchioles. Long term damage from asthma can also include damage to the air sacs within the lungs called alveoli. If combined with a habit of smoking, the patient is inviting disaster for their health.

Those working in industries which rely on use of chemicals are likely to inhale fumes and vapours that have the potential to inflame the lungs. Long term exposure to such particulate matter can damage the lungs and lead to COPD. Additionally, those working in polluted outdoor areas, such as city centres, can also develop lung conditions due to repeated exposure to air pollution.

Indoor pollution is a problem in developing countries where the homes are poorly ventilated and the main fuel is wood or cow dung cakes. Here the fumes from the burning fuel circulate within the home and are inhaled by the residents. This leads to repeated and frequent exposure to these harmful fumes, resulting ultimately in lung damage and eventually leading to COPD.

Since most lung damage takes place over a long-term period, the older a person is, the more likely they are to be diagnosed with COPD.  It is, therefore, important to pay attention to symptoms which may indicate a problem with the lungs. The sooner a lung condition is reported, the sooner the damage to the lungs can be controlled. Don’t ignore symptoms as age progresses because it may not be just due to the ageing process.

In rare cases the cause of COPD may be genetic. Alpha-1-antitrypsin deficiency is a very uncommon condition caused by genetic factors which may lead to the lungs beings affected. It makes the patient more prone to respiratory infections and may even lead to serious life-threatening conditions like lung cancer.
Prevention is the cure. As the cause of lung damage is linked to smoking in majority of the cases, by simply quitting smoking the cause of the disease is eliminated. For long term smokers who have failed to quit, it may be useful to try and use group support.
People working or living in a toxic or hazardous environment should learn to protect their lungs as much as possible. Speaking with a supervisor about eliminating toxins as well as using protective equipment such as masks can make a big difference.
Reviewed by Afsaneh Khetrapal Bsc (Hons)