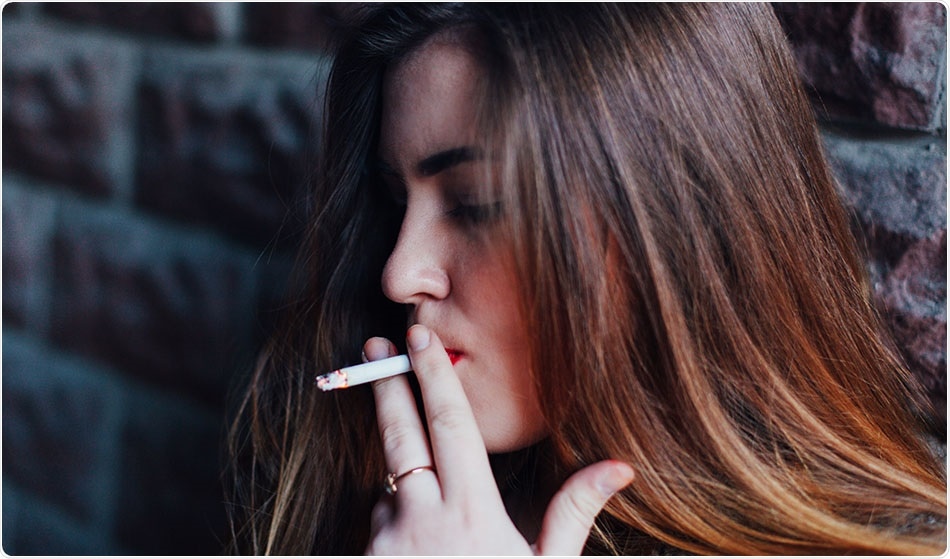 Credit: Julia Velychko/Shutterstock
The findings, which were based on responses from over 215,000 survey respondents, provide strong support for prioritizing efforts to decrease cigarette experimentation among adolescents.
The research was carried out by psychologists at the Queen Mary University of London, and published in the journal of Nicotine & Tobacco Research in November 2017.

This is the first time that the remarkable hold that cigarettes can establish after a single experience has been documented from such a large set of data. In the development of any addictive behavior, the move from experimentation to daily practice is an important landmark, as it implies that a recreational activity is turning into a compulsive need."
​​Professor Peter Hajek, lead researcher and head of psychology at the Queen Mary Univeristy of London

He points out that the conversion rate from “first time smoker” to “daily smoker” is very high, and thus, the study confirms the importance of preventing cigarette experimentation in the first place.
"The UK is seeing a dramatic reduction in smoking at the moment and this tallies with recent findings that only 19 per cent of 11-15 year olds have ever tried a cigarette, so the good news is that we are on the right track,” Hajek added.
The researchers analyzed eight surveys from the Global Health Data Exchange, which included questions on the first trial of a cigarette as well as daily smoking habits. The results of each survey were collated  and used to calculate a conversion rate from ever trying a cigarette to ever smoking daily.

Over 60% participants reported trying a cigarette at least once in their lifetime. Among them, nearly 68.9% reported that they had progressed to smoking daily.
As different surveys used different methodologies, the 68.9% “conversion rate” has a 16% margin of error (60.9% to 76.9%). This does not take recall error and personal bias into account, as the study relies on people to provide information about their historical smoking habits.
Considering the high conversion rate found across the surveys, the researchers conclude that at least some of the decline in smoking prevalence observed over the last 20 years could be attributed to a reduction in experimentation by adolescents.

Concerns were expressed that e-cigarettes could be as addictive as conventional cigarettes, but this has not been the case. It is striking that very few non-smokers who try e-cigarettes become daily vapers, while such a large proportion on non-smokers who try conventional cigarettes become daily smokers. The presence of nicotine is clearly not the whole story."
​​Professor Peter Hajek, lead researcher and head of psychology at the Queen Mary Univeristy of London