A new study conducted at Baylor University suggests that writing a "to-do" list at bedtime may help people to fall asleep. 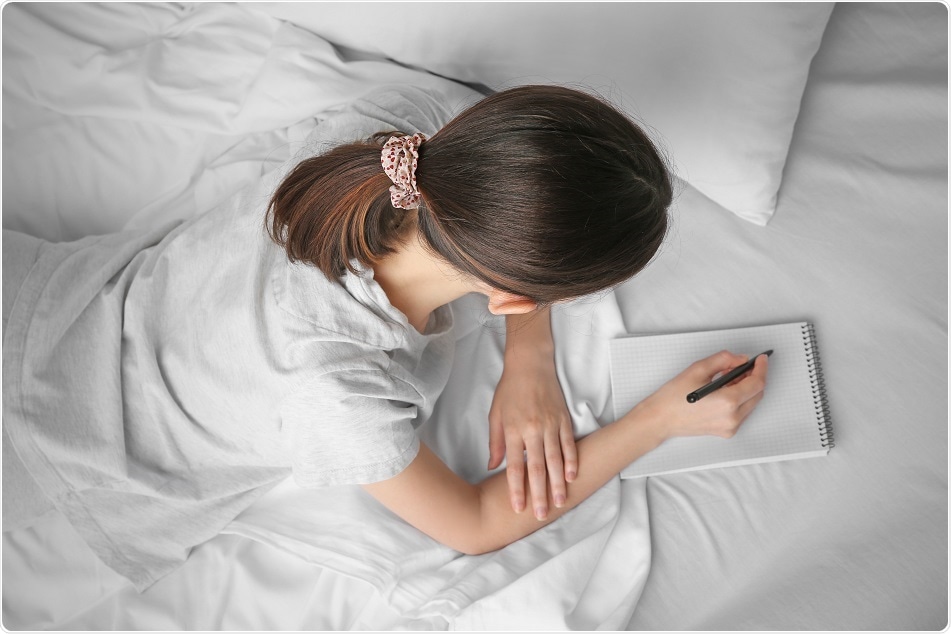 Credit: Africa Studio/ Shutterstock.com
The study, which was published in the American Psychological Association's Journal of Experimental Psychology and involved 57 students from the University, compared sleep patterns of participants who took five minutes to write down forthcoming duties with participants who recorded completed activities.
Dr. Michael K. Scullin, the lead author, director of Baylor's Sleep Neuroscience and Cognition Laboratory said: "We live in a 24/7 culture in which our to-do lists seem to be constantly growing and causing us to worry about unfinished tasks at bedtime. Most people just cycle through their to-do lists in their heads, and so we wanted to explore whether the act of writing them down could counteract nighttime difficulties with falling asleep."
According to the National Sleep Foundation, nearly 40% of American adults had reported difficulty in falling asleep at least a few times every month.
Scullin explained that the study had two hypotheses: (a) writing about the future would lead to increased worry about uncompleted tasks and delay sleep, while journaling about completed activities should not trigger worry and (b) writing a to-do list will “offload” those thoughts and decrease worry.
In the study, overnight polysomnography—the "gold standard" of sleep measurement—was used to monitor electrical brain activity of the participants using electrodes.

In order to avoid weekend effects on bedtime, the participants were asked to stay in the lab on a week night. Also, on a weekday night, they were expected to have uncompleted tasks to do the following day.
The participants were randomly divided into two groups and were provided with five-minute writing assignments before going to bed. While one group wrote everything they needed to remember to do the next day or over the next few days, the others wrote about tasks completed during the previous few days.
The students were under a controlled environment, where they went to bed at 10.30 p.m, and had no access to any technology, homework, etc.
Scullin commented that the sample size won’t be appropriate for a larger future study, and pointed out the need for an investigation in a larger sample by accounting for measures of personality, anxiety, and depression that are thought to moderate the effects of writing on falling asleep.
"We recruited healthy young adults, and so we don't know whether our findings would generalize to patients with insomnia, though some writing activities have previously been suggested to benefit such patients," added Scullin.
Source:
https://eurekalert.org/pub_releases/2018-01/bu-cwy011118.php
Publicado por salud equitativa en 12:43