By Sally Robertson, BScJanuary 16, 2018
Researchers from the Medical Research Council (MRC) have discovered how some children inherit a potentially life-threatening mitochondrial disease, despite being born to a healthy mother. 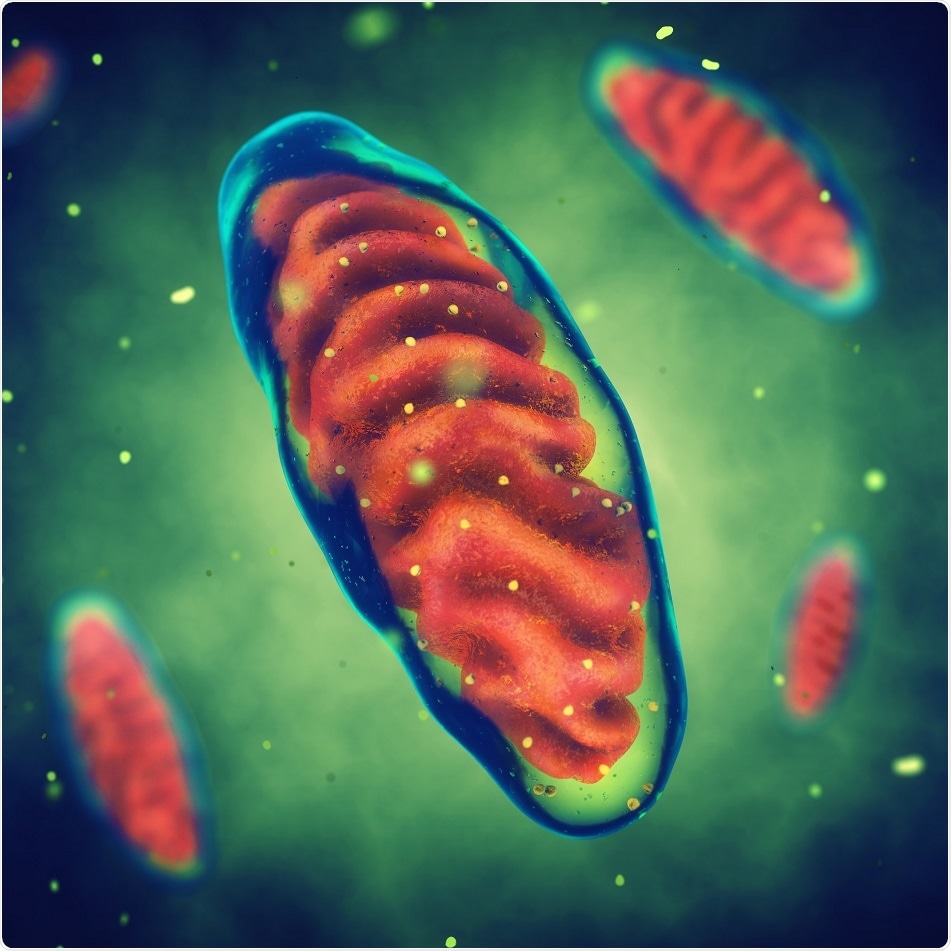 Credit: nobeastsofierce/ Shutterstock.com
Mitochondrial diseases are rare and severe conditions that often lead to death within the first two to three years of age. They are caused by mutations in mitochondrial DNA (mDNA) and affect about 1 in 10,000 births.
What the current study has found is that healthy people can harbour these mutations, meaning mitochondrial diseases can suddenly arise in the offspring of families previously unaffected by such conditions.
Mitochondria are energy producing organelles found within our cells that carry their own set of DNA instructions (separate from that found in a cell nucleus). This mDNA is inherited via a mother’s egg cell.
As reported in Nature Cell Biology, Patrick Chinnery (MRC, University of Cambridge) and colleagues tested the mDNA in isolated human female embryonic germ cells, the cells that mature into egg cells in adult females. In all 12 embryos studied, various mDNA mutations were present in the developing egg cells, showing that low-level mDNA mutation is carried by healthy humans.

We know that these devastating mitochondrial mutations can pop up in families without any previous history, but previously we didn't know how that happened. We were surprised to find that egg cells in healthy females all carry a few defects in their mitochondrial DNA"
Patrick Chinnery, University of Cambridge

For the majority of the human genome, the process of sexual reproduction (combining of egg and sperm) keeps mutations in check, but mitochondria reproduce asexually and mDNA is inherited from the mother’s egg unaltered. This means that mutations can accumulate over time and, if left unchecked, could eventually cause disease in offspring.

To explain the conundrum, Chinnery and team proposed that a “bottleneck” may exist, where only healthy mitochondria survive so that mitochondria stay healthy down the generations. The researchers measured this bottleneck in developing human egg cells where they found the number of mitochondria decreased to 100 per cell, compared with approximately 100,000 per mature egg cell.
In mature egg cells, a few mutated mitochondria could go unnoticed amongst thousands of healthy ones, whereas a reduced number of mitochondria in the bottleneck means the effects of mutated mitochondria are no longer obscured.
Exactly how these faulty mitochondria are removed is not yet understood. However, given that developing egg cells require a lot of energy, which is provided by mitochondria, Chinnery and colleagues suspect that after the bottleneck stage, cells with faulty mitochondria fail to produce sufficient energy for cell maturation and are therefore lost.
Since the research demonstrated that all developing egg cells may carry a few defected mitochondria, the team acknowledged that these could occasionally repopulate the egg cell after the “quality control” bottleneck phase. That egg cell could then mature to form offspring that has inherited a mitochondrial disease.
Professor Patrick Chinnery says: "Unfortunately, the purification process is not perfect, and occasionally defective mitochondria leak through. This can cause a severe disease in a child, despite no one else in the family having been affected."
Commenting on the study, Nathan Richardson, MRC Head of Molecular and Cellular Medicine, called the study “exciting” saying it has revealed “important new insights into how mitochondrial diseases develop and are inherited between generations.”
Source:
https://eurekalert.org/pub_releases/2018-01/mrc-him011218.php
Publicado por salud equitativa en 10:00