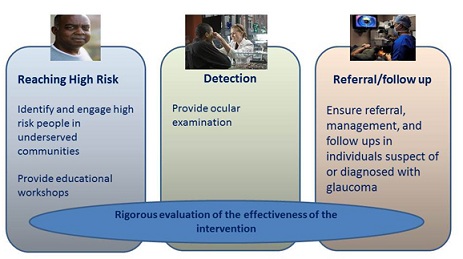 Glaucoma is one of the leading causes of blindness in the United States, affecting an estimated 2.7 million Americans.1 Because of the asymptomatic nature of the disease, only 50% of people with glaucoma even know they have the condition. Once glaucoma is detected, appropriate management can slow disease progression and save remaining vision, although lost vision cannot be restored. Therefore, early detection and appropriate management are essential to controlling the disease. In addition to lack of early symptoms, detection and management of glaucoma are challenged by difficulties in reaching high-risk populations and by the lack of simple, cost-effective screening plans.
Glaucoma disproportionately affects African Americans, at 6 to 8 times more common among African Americans than whites. Additionally, less than 40% of Hispanics with glaucoma are aware of their diagnosis.2 Moreover, people older than 60 years, people with diabetes, and those with a family history of glaucoma are also at high risk.3
CDC’s Vision Health Initiative (VHI) Glaucoma Detection Program has engaged in various glaucoma detection projects aimed at reaching high-risk populations.

In 2012, CDC’s VHI funded two cooperative agreements with Wills Eye Hospital and the University of Alabama at Birmingham to improve glaucoma detection, referral, and sustained eye care by reaching people at greatest risk through innovative outreach and service delivery models. 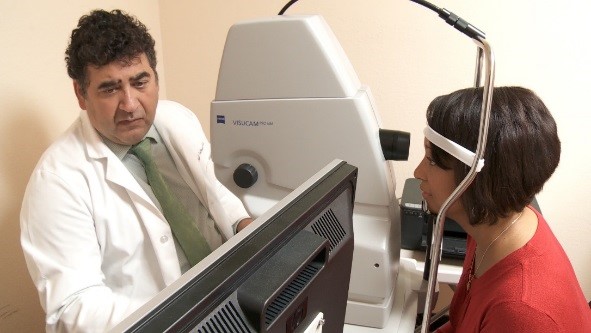 The University of Alabama at Birmingham (UAB) established a novel telemedicine program called EQUALITY (Eye Care Quality and Accessibility Improvement in the Community) in conjunction with two Walmart Vision Centers (WVCs), located in predominantly African American communities in Alabama, one urban and one rural. Participants were African American or Hispanic older than 40 years, white older than 50 years, or they reported having diabetes or a family history of glaucoma.
The program provided comprehensive eye exams conducted by local optometrists and enhanced by high resolution images of the retina that were, in turn, shared with a centralized image reading center in the Department of Ophthalmology at UAB. UAB glaucoma specialists reviewed the images, reviewed the diagnosis, and participated in the development of a treatment plan recommended by the optometrist. Educational components included brochures, short consumer-oriented videos, and posters placed in the vision centers. 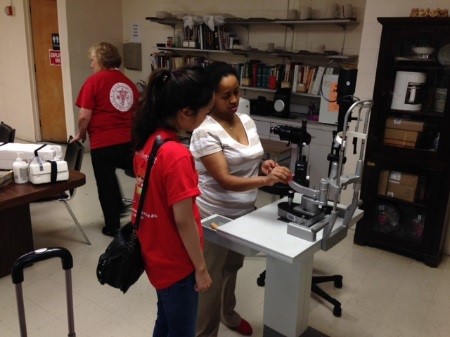 Wills Eye Hospital implemented a mobile eye care strategy to reach high-risk populations in underserved communities in Philadelphia. Working with community-based partners, Wills served senior centers, senior residential housing, and faith-based organizations, as well as health fairs and public health clinics. The program targeted African Americans older than 50 years, and all adults older than 60 years.Educational workshops were provided to raise awareness about glaucoma. Subsequently, eye examination equipment was transported to community sites, and free eye examinations were provided by a team of four to seven eye technicians and a glaucoma specialist. Laser treatment was also provided to patients in the community.
Westat Evaluation of First Glaucoma Projects
CDC supported a contract with Westat to conduct a comprehensive external evaluation of this first set of glaucoma projects with UAB and Wills. Westat used the RE-AIM (reach, efficacy, adoption, implementation, and maintenance) framework to assess how well the programs 1) reached people at high-risk for glaucoma and provided them with glaucoma detection and treatment and 2) reached people diagnosed with glaucoma and improved their adherence to treatment.
Westat worked closely with both programs to identify, collect, and monitor data. The evaluation relied on data collected, summarized and reported by UAB and Wills Eye Hospital, in addition to data collected from site visit interviews conducted by Westat using semi-structured and tailored interview guides.
The Westat evaluation found that, in the span of 2 years, both programs demonstrated that reaching people at high risk for glaucoma and providing comprehensive eye exams resulted in high rates of glaucoma-related detections. Additionally, the evaluation found that aspects of both demonstration programs showed potential for broader implementation. 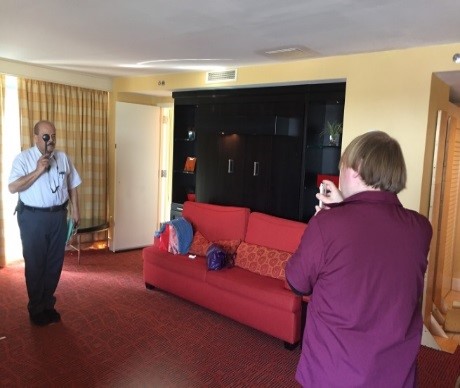 In 2014, CDC funded two institutions in a cooperative agreement with Wills Eye Hospital and Johns Hopkins University. These projects are aimed to refine and continue to optimize approaches to detect glaucoma among high-risk communities and provide successful follow-up care, while operating through federally qualified health centers, community centers, primary care locations, pharmacy chains, and other settings. These projects are also aimed to emphasize the high potential for scalability and sustainability in other communities.Johns Hopkins’ Dana Center for Preventive Ophthalmology, as part of the Wilmer Eye Institute, has initiated a program to identify glaucoma in urban communities. The program targets at-risk African American and Hispanic populations older than 50 years in Baltimore, Maryland. Participants are screened for glaucoma and other eye diseases using a streamlined approach that builds on community partnership and optimized approaches for follow-up care of screened patients.  The program aims to serve as a model for other communities interested in providing similar services.
To develop and optimize a practical algorithm for screening, the program leverages new technology and lower-cost screening devices that preserve quality. Although glaucoma is the primary aim of screening, other eye conditions (refractive error, cataract, and diabetic retinopathy) are also identified and referred for follow-up, increasing the yield of screening.
Wills Eye Hospital, upon entering Phase 2 of their program, has significantly strengthened their Phase 1 initiatives. In Phase 2, Wills aims to determine the effectiveness of an innovative community-based telemedicine intervention. Additionally, they are evaluating the effectiveness of an evidence-based enhanced intervention using patient navigators and social workers to improve eye care access and utilization. Wills also aims to conduct a comprehensive cost study to estimate intervention costs. They plan to replicate and disseminate materials and newly developed tools in order to manage and follow-up with patients with glaucoma, other eye diseases, and vision impairment in the wider high-risk community.

UAB’s EQUALITY program reached people with loss in visual functioning and of the 651 enrolled participants, 88% were older than 40 years and 64% were African American. Additionally, the program was able to provide a much needed dilated eye exam, as only 33% of participants had a dilated eye exam in the past year. The two optometrists made 750 diagnoses by eye, and of the total enrolled participants, 19% included new cases of glaucoma-related detections, most of which were open angle glaucoma. Approximately 36,000 brochures were distributed at the Walmart Vision Centers, and interviews with optometrists showed that the educational videos facilitated dialogue and raised questions with patients about glaucoma risks. Patients’ improved knowledge about glaucoma was evidenced by a 35% increase in average correct responses on the five knowledge items on the participant survey. 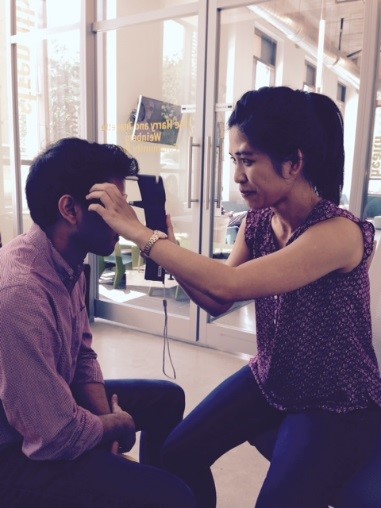 Wills Eye Institute’s project engaged 43 underserved communities in Philadelphia and screened 1,649 participants for glaucoma, where 80% were older than 60 years and 69% were African American. Additionally, only 47% of individuals reported having a dilated eye exam in the past year, highlighting the program’s ability to reach individuals with limited utilization of eye care services. The 707 workshop participants who completed both pre-and post-surveys showed statistically significant increases in correct responses on the seven knowledge items. For instance, the number of participants who gained an awareness that age and race were risk factors for glaucoma increased by 30%. Laser treatment was recommended for 162 people, of which 62% completed it. Finally, there were 1,709 glaucoma diagnoses by eye, while other eye-related diseases were diagnosed in 1,462 eyes, of which 1,140 were cataracts.
The Johns Hopkins project is the newest addition to the VHI. In the first year of the program, more than 1,000 people received an eye exam free of charge. From years 2 to 5 of the program, an additional 2,000 people are expected to be screened per year.