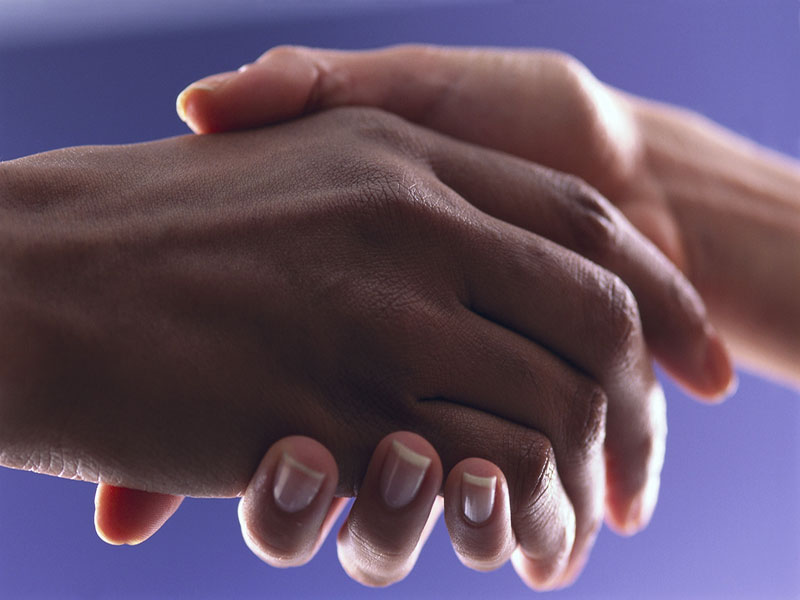 THURSDAY, Oct. 12, 2017 (HealthDay News) -- Humans come in a range of colors, and new research is getting a step closer to how that happens.
Newly identified gene variants tied to skin colors among Africans could offer insights into human evolution. The findings could also boost scientists' understanding of skin cancer and other conditions, researchers say.
"We have identified new genetic variants that contribute to the genetic basis of one of the most strikingly variable traits in modern humans," said study senior author Sarah Tishkoff. She's professor of genetics and biology at the University of Pennsylvania.
Until now, only a few genes linked with normal variation in skin color have been pinpointed. Most of them have been found in studies of Europeans.
In this study, researchers assessed skin pigmentation and genetic data from nearly 1,600 ethnically and genetically diverse people in Africa.
"When people think of skin color in Africa, most would think of darker skin, but we show that within Africa there is a huge amount of variation, ranging from skin as light as some Asians to the darkest skin on a global level and everything in between," Tishkoff said in a university news release.
"We identify genetic variants affecting these traits and show that mutations influencing light and dark skin have been around for a long time, since before the origin of modern humans," she noted.
"Skin color is a classic variable trait in humans, and it's thought to be adaptive," Tishkoff said. "Analysis of the genetic basis of variation in skin color sheds light on how adaptive traits evolve, including those that play a role in disease risk."
There are benefits to both light and dark skin. For example, darker skin is believed to help provide some protection against the sun's ultraviolet rays. Africans don't often develop the deadliest skin cancer, melanoma, the researchers said.
On the other hand, lighter skin improves sunlight-triggered vitamin D in regions with lower amounts of sunlight, the study authors added.
Most of the skin color-linked genetic variants identified in the study appear to have originated more than 300,000 years ago. Some emerged roughly 1 million years ago, well before the advent of modern humans, according to the report.
In many cases, older versions of these variants were associated with moderately pigmented skin, which suggests that our ancient ancestors had lighter rather than darker skin.
"If you were to shave a chimp, it has light pigmentation, so it makes sense that skin color in the ancestors of modern humans could have been relatively light. It is likely that when we lost the hair covering our bodies and moved from forests to the open savannah, we needed darker skin. Mutations influencing both light and dark skin have continued to evolve in humans, even within the past few thousand years," Tishkoff explained.
She also said the study highlights the diversity of Africans and challenges biological notions of race.
"Many of the genes and new genetic variants we identified to be associated with skin color may never have been found outside of Africa, because they are not as highly variable," she said.
"There is so much diversity in Africa that's not often appreciated. There's no such thing as an African race. We show that skin color is extremely variable on the African continent and that it is still evolving. Further, in most cases the genetic variants associated with light skin arose in Africa," Tishkoff concluded.
The study was published Oct. 12 in the journal Science.
SOURCE: University of Pennsylvania, news release, Oct. 12, 2017
HealthDay
Copyright (c) 2017 HealthDay. All rights reserved.
News stories are written and provided by HealthDay and do not reflect federal policy, the views of MedlinePlus, the National Library of Medicine, the National Institutes of Health, or the U.S. Department of Health and Human Services.