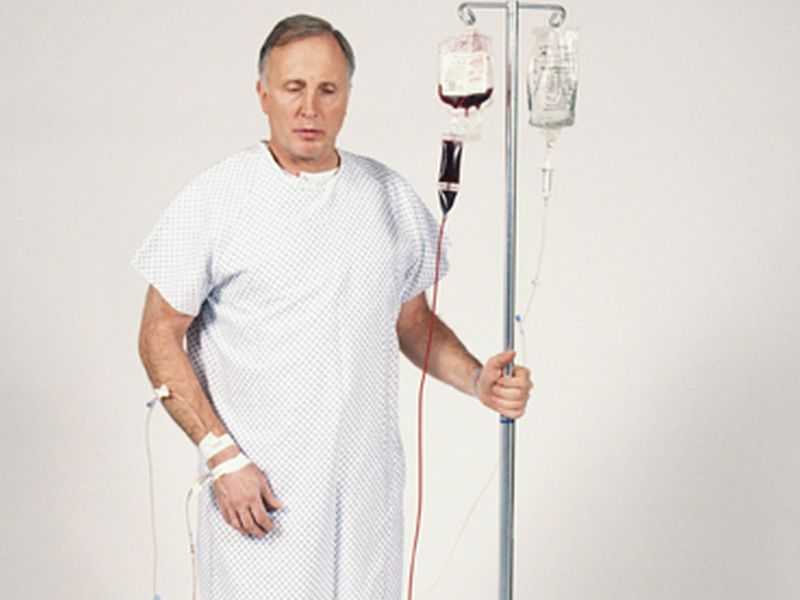 MONDAY, Oct. 9, 2017 (HealthDay News) -- Surgical patients who report having a penicillin allergy face a 50 percent higher risk for a post-op infection compared to patients who report no drug allergy, new research finds.
Researchers from Massachusetts General Hospital attributed the higher surgical-site infection rate to the use of alternative antibiotics.
Since many people erroneously believe they're allergic to penicillin, the findings suggest this common misconception may put some patients in harm's way.
"This study has direct clinical significance," said study lead author Dr. Kimberly Blumenthal, who is in the division of rheumatology, allergy and immunology.
"We already know that more than 95 percent of patients who believe they have penicillin allergy can actually tolerate the drug," she added.
The study results indicate that a preoperative penicillin evaluation could effectively reduce surgical site infections in these patients, Blumenthal said in a hospital news release.
Four in 10 hospital infections occur at surgical incision sites, the researchers noted. Such infections can sometimes lead to serious complications and even death.
The researchers analyzed the medical records of 8,400 patients who underwent surgery between 2010 and 2014 for issues such as hip or knee replacement, hysterectomy, colon surgery and heart bypass.
More than 900 had an allergy to penicillin noted in their medical records prior to surgery.
More than 200 patients ended up with some type of surgical site infection, the study team found. That included 2.6 percent with no known allergy to penicillin and 3.5 percent of patients who believed they were allergic to the drug and therefore didn't receive it.
Based on the findings, the study team said prospective surgical patients who believe they are allergic to penicillin should undergo a fresh allergy evaluation in advance of their operation.
The findings appear in the Oct. 9 online issue of Clinical Infectious Diseases.
SOURCE: Massachusetts General Hospital-Harvard Medical School, news release, Oct. 9, 2017
HealthDay
Copyright (c) 2017 HealthDay. All rights reserved.
News stories are written and provided by HealthDay and do not reflect federal policy, the views of MedlinePlus, the National Library of Medicine, the National Institutes of Health, or the U.S. Department of Health and Human Services.