Exposure to infected poultry is a suspected cause of avian influenza (H5N1) virus infections in humans. We detected infectious droplets and aerosols during laboratory-simulated processing of asymptomatic chickens infected with human- (clades 1 and 2.2.1) and avian- (clades 1.1, 2.2, and 2.1) origin H5N1 viruses. We detected fewer airborne infectious particles in simulated processing of infected ducks. Influenza virus–naive chickens and ferrets exposed to the air space in which virus-infected chickens were processed became infected and died, suggesting that the slaughter of infected chickens is an efficient source of airborne virus that can infect birds and mammals. We did not detect consistent infections in ducks and ferrets exposed to the air space in which virus-infected ducks were processed. Our results support the hypothesis that airborne transmission of HPAI viruses can occur among poultry and from poultry to humans during home or live-poultry market slaughter of infected poultry.
Since 2003, approximately 850 human cases of Eurasian A/goose/Guangdong/1/1996 (Gs/GD) lineage H5N1 virus infection have been reported; case-fatality rate is 53% (1–3). Most human infections with highly pathogenic avian influenza (HPAI) subtype H5N1 virus have occurred following direct or indirect exposure to infected poultry in live-poultry markets (LPM) in developing countries (1–3). The main risk factors associated with human infections include visiting an LPM or performing activities with intensive contact with infected poultry, like slaughtering, defeathering, or preparing poultry for cooking (3,4).
Poultry-to-human avian influenza (AI) virus transmission can occur from 3 types of exposure: fomite-contact transmission, including contact with contaminated surfaces; droplet transmission, in which large (>5 μm) particles contact a person’s conjunctiva or respiratory mucosa; and droplet nuclei transmission (or aerosol transmission), in which a person inhales small (<5 μm) particles suspended in the air (5–8). The LPM setting plays a critical role in maintaining, amplifying, and disseminating AI viruses among poultry and from poultry to humans (1,2,9), with indirect evidence of potential transmission via fomites, as supported by the detection of AI viruses in the environment (10–12), and airborne exposure, supported by the recent isolation of influenza A viruses from air sampled at LPMs in China (12). Furthermore, viable AI viruses can be detected in the air where live poultry are kept and processing activities, such as slaughtering and defeathering, are performed (12).
Collective epidemiologic and surveillance data suggest that the slaughter of infected poultry is a major public health concern. In our study, we determined that viable airborne HPAI virus particles were generated during simulated processing of HPAI virus–infected poultry and that the airborne virus was transmitted to virus-naive poultry and mammals.

Eurasian goose/Guangdong lineage H5N1 viruses were selected from human cases of influenza A(H5N1) virus, representing various years, hosts, countries, and clades (1,3) (Table 1). For experiment 1, we used 7 viruses (Table 1, all but Mong/05) for challenge in chickens, of which 4 that generated airborne virus particles were used in ducks. For experiment 2, we used Mong/05 and VN/04 viruses as challenge viruses. We propagated and titrated the viruses in embryonating chicken eggs (ECE) by standard methods (13).

For experiment 1, we obtained 9-week-old specific pathogen free (SPF) white Leghorn chickens (Gallus domesticus from the US Department of Agriculture Southeast Poultry Research Laboratory, Athens, GA, USA) and 8-week-old domestic Pekin ducks (Anas platyrhynchos domestica, from McMurray Hatchery, Webster City, IA, USA). All birds were serologically negative for influenza A virus infection by hemagglutinin inhibition (HI) test (13) before inoculation. For experiment 2, chickens and ducks were used as either infected or virus-naive exposed birds. Intravenous injection of sodium pentobarbital (100 mg/kg) was used to euthanize naive exposed survivors. Naive 3- to 5-month-old female domestic ferrets (Mustela putorius furo; Marshall BioResources, North Rose, NY, USA, and Triple F Farms Inc., Sayre, PA, USA) were used as the mammalian model for HPAI virus transmission to humans (4). Ferrets were anesthetized with an intramuscular injection of a mixture of ketamine (25 mg/kg), xylazine (2 mg/kg), and atropine (0.05 mg/kg) before nasal sample collection or euthanasia by intracardiac injection of sodium pentobarbital. Ferrets were H5-seronegative by HI test and virus neutralization test, and nasal wash samples were negative for virus isolation in ECE before exposure. All procedures were performed in accordance with protocols approved by the Institutional Animal Care and Use Committee and the Institutional Biosecurity Committee.

Environmental Conditions in the Processing Enclosure

The National Institute for Occupational Safety and Health (NIOSH) cyclone air sampler (model BC 251; NIOSH, Morgantown, WV, USA) collected particles and sorted them by their aerodynamic diameters into >4 µm, 1–4 µm, and <1 µm fractions at a flow rate of 0.0035 m3/min (14). We mounted 2 stationary samplers 1.2 m above ground, 1 within the enclosure 80 cm downwind from the processing area (center to center) and the other outside the enclosure as negative control. Samplers were operated for the duration of each slaughter run plus 10 minutes; we sampled a total of 0.158–0.280 m3 air per study trial, depending on the number of birds processed per trial.

Each run (i.e., tested virus per bird species) was repeated at least twice for reproducibility. Chickens (10 for VN/04 and 5 for all other viruses) and ducks (5 per virus) were inoculated intranasally with 105.3–106.5 mean egg infectious dose (EID50)0.1 mL per virus and housed in negative-pressure isolators with HEPA-filtered ventilation. We moved chickens at 24 h after inoculation and ducks at 2.5 days after inoculation, which corresponded to times of peak shedding titers, to the processing enclosure while they were still asymptomatic. We anesthetized them by intramuscular injection of ketamine (10 g/kg) and xylazine (1 g/kg) and collected oral swab samples to confirm infection. The anesthetized birds were processed following 5 steps (total duration 6–7 min/bird) (15): 1) manual killing by severing the right jugular vein with a scalpel blade, causing bleeding and agonal involuntary muscle contractions (1 min); 2) scalding in a covered pot (52–53°C/2 min); 3) manual defeathering (2 min); 4) evisceration and removal of head, feet, and internal organs (1.5 min); and 5) cleanup of processing area with water (0.5 min). We rubbed the ducks with detergent before the scalding step to remove preening oils and facilitate defeathering. During the processing, air samplers were used as aforementioned. After each run, we disinfected all materials and surfaces within the enclosure, as well as the units holding the infected birds, with Virkon S 2% (DuPont, Wilmington, DE, USA). We tested swab samples for viable virus in ECE and titrated aerosol samples in ECE (16). The minimum detectable titer in ECE was 0.9 log10 EID50/mL.

Experiment 2: Transmission of HPAI Viruses to Poultry and Ferrets during Simulated Processing of Infected Poultry

We performed 5 runs (Table 2). We inoculated chickens and ducks intranasally with 105.9–106.1 EID50/0.1 mL per virus (Table 2) and housed them in negative-pressure isolators. As in experiment 1, we anesthetized asymptomatic chickens and ducks, took oral and cloacal swab samples, and processed the birds using the 5-step method. During the processing, naive chickens, ducks, or ferrets (Table 2) were placed in cages at the same location and height as the air samplers in experiment 1 (with variations in experiment 2.1). After completion of each run, we placed the exposed animals in negative-pressure isolators and monitored them for clinical signs for 2 weeks. We collected oral and cloacal swab samples from exposed chickens at time of death and from exposed ducks at 3, 7, 10, and 14 days postexposure (dpe). We collected nasal wash samples and bodyweight measures from exposed ferrets at 3 and 7 dpe. We euthanized ferrets that had lost > 25% bodyweight or exhibited neurologic dysfunction. We performed necropsies on dead or euthanized exposed animals and collected tissues in 10% buffered formalin for hematoxylin/eosin and immunohistochemical staining (17). We titrated swab and nasal wash samples in ECE (16). At 14 dpe, we collected blood from the survivors for homologous HI and virus neutralization testing, then euthanized them. 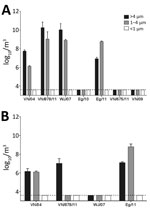 Figure 2. Highly pathogenic avian influenza virus isolation from air samples collected using cyclone air sampler during simulated slaughter of infected chickens (A) and ducks (B) in study of airborne transmission of highly...
Preslaughter swab samples were positive for virus in all asymptomatic birds with titers >1.5 log10 EID50/mL. We isolated VN/04, VN/878/11, WJ/07, and Eg/11 viruses from air samples collected when processing virus-infected chickens, with highest virus quantity in >4 µm particles, moderate quantities in 1–4 µm particles, and no virus in <1 µm particles. We did not detect Eg/10, VN/67511, or VN/09 viruses in air samples (Figure 2, panel A). We used these 4 airborne viruses recovered from the chicken study in the duck slaughter experiment; we detected VN/04 and Eg/11 viruses in both >4 µm and 1–4 μm particles, and VN/878/11 virus in >4 µm particles. We did not detect airborne virus from slaughter of WJ/07 virus–infected ducks (Figure 2, panel B). We detected no virus from aerosol samplers located outside the enclosure.

Swab samples were virus positive from asymptomatic Mong/05 virus–inoculated chickens. As a variation, for every 10 processed Mong/05 virus-infected chickens, we placed 5 exposed naive chickens 75 cm, 150 cm, or 300 cm from the slaughter area (all distances found in an LPM scenario) 1.2 m above ground, in a holding cage similar to those used in LPMs. Regardless of the distance from the processing area, all exposed chickens died between 3 and 6 dpe. All oral and cloacal swab samples collected at time of death were positive by virus isolation. We found lesions typical of those caused by HPAI and AI viral antigen in multiple internal organs of all exposed chickens, indicating infection after droplet/aerosol infection (Table 2).

Figure 3. Histologic lesions and immunohistochemical detection of viral antigen in samples from ferrets exposed to live poultry market processing of highly pathogenic avian influenza A/Vietnam/1203/04 (H5N1) virus–infected chickens in study of airborne...
Swab samples were virus positive from asymptomatic VN/04 virus–inoculated chickens. Following the processing of infected chickens, all 5 exposed naive chickens died between 3 and 5 dpe, and all oral and cloacal swab samples we collected at time of death were virus positive (Table 2). Out of 4 exposed ferrets, 2 died, 1 on 6 dpe and the other on 7 dpe; another ferret was euthanized on 12 dpe. Neurologic disease, with lesions typical of those caused by HPAI and AI virus in multiple internal organs including the brain, developed in these 3 ferrets (Figure 3). The ferret that died on 7 dpe had positive nasal wash samples collected at 3 dpe (3.0 log10 EID50/mL), and the ferret that was euthanized on 12 dpe seroconverted (Table 2). The survivor had no antibodies to AI or pathologic lesions and no virus in nasal wash samples, and it was the only ferret to gain weight; therefore, we considered it not infected. In summary, 3 of 4 naive ferrets became infected after droplet/aerosol exposure.

Figure 4. Virus titers in oral and cloacal samples of ducks exposed to simulated live poultry market slaughter of highly pathogenic avian influenza A/Vietnam/1203/04(H5N1) virus–infected ducks in study of airborne transmission of highly...
Swab samples were virus positive from asymptomatic VN/04 virus-inoculated ducks. Following the processing of infected ducks, exposed naive ducks and ferrets did not exhibit clinical signs nor did they die over the 2-week observation period (Table 2). We isolated virus from oral and cloacal samples of exposed ducks; peak individual titers were 3.1 log10 EID50/mL and mean titers were 1.6 log10 EID50/mL on 3 dpe (Figure 4). All exposed ferrets gained weight and had negative nasal wash samples and were considered to be uninfected (Table 2). All exposed ducks and ferrets were seronegative at termination with the exception of 1 duck (HI titer of 8) (Table 2).

We thank Joan Beck, Kira Moresco, and James Doster for valuable technical assistance, and William G. Lindsley for providing the NIOSH BC 251 sampler used in this study. This study was funded by USDA Cooperative Research Information Service project nos. 6040-32000-063D and 6040-32000-048D, and Centers for Disease Control and Prevention Interagency Agreement no. 08FED896732-2.