The National Institute on Drug Abuse (NIDA), part of the National Institutes of Health, today announced that three scientists have been selected to receive the 2017 Avant-Garde Award for HIV/AIDS Research. The winning proposals focus on a variety of novel approaches, including: improving HIV prevention through effective gene therapies; enhancing innate (natural) immunity against HIV and other related viruses; and developing new small-molecule drugs to treat HIV-1 infection. The three scientists will each receive $500,000 per year for five years to support their research, subject to the availability of funds. NIDA's tenth annual Avant-Garde Award competition is intended to stimulate high-impact research that may lead to groundbreaking opportunities for the prevention and treatment of HIV/AIDS in drug users.
“With nearly 37 million people living with HIV worldwide, it is essential that researchers continue to develop effective prevention and treatment strategies for those suffering from this devastating disease, including people with substance use disorders,” said NIDA Director Nora D. Volkow, M.D. “These scientists are pioneering exciting new approaches aimed at preventing and treating new cases of HIV and helping people at risk live longer, healthier lives.”

Awardees are listed below: 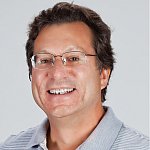 Michael Farzan, Ph.D., The Scripps Research InstituteProject: A safety switch for an effective HIV-1 vaccine
Dr. Farzan plans to use preclinical models to explore safe and effective gene therapies for the long-term prevention of HIV infection in high-risk populations, such as injection drug users. He will use an adeno-associated virus to deliver broadly neutralizing antibodies (bNAbs) or eCD4-Ig, proteins that prevent HIV-1 from infecting cells. His group will also explore safety switch mechanisms to control bNAbs and eCD4-Ig, thereby increasing safety during long-term exposure to these molecules. 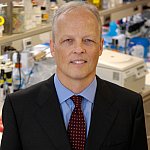 Eric M. Poeschla, Ph.D., University of Colorado DenverProject: Novel Approaches to Innate Immunity Against HIV-1 and Other Co-infection Viruses
Dr. Poeschla will use animal and human cells to explore the use of viral RNA-dependent RNA polymerase (RdRP) to enhance broad-spectrum (innate) immunity against various viruses, including HIV-1. Evidence suggests that this stable innate immune system activation does not trigger autoimmunity or inflammatory pathways. This approach may also protect against viruses that infect people with addiction. 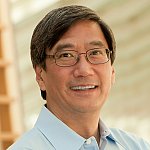 Peter S. Kim, Ph.D., Stanford UniversityProject: Making the HIV-1 gp41 pocket amenable to small-molecule drug discovery
Dr. Kim’s group proposes a strategy that alters the HIV-1 gp41 region, thereby increasing structural rigidity in this region. This will enhance testing of new therapeutics that target the gp41 pocket to prevent HIV infection. Because the pocket is structurally similar across different HIV-1 strains, these therapeutics could treat patients, including people with substance use disorders, who are at higher risk of developing resistance to one or more classes of anti-HIV drugs.
The Avant-Garde Awards are modeled after the NIH Pioneer Awards and are granted to scientists of exceptional creativity who propose high-impact research that could open new avenues for prevention and treatment of HIV/AIDS among people with substance use disorders.
For information about NIDA’s AIDS Research Program, including the Avant-Garde Award Program for HIV/AIDS Research, go to www.drugabuse.gov/AIDS.  Read about selected highlights of past Avant-Garde awardees.
Drs. Farzan, Poeschla and Kim are funded under grant numbers DA043912-01, DA043915-01 and DA043893-01, respectively.
About the National Institute on Drug Abuse (NIDA): The National Institute on Drug Abuse (NIDA) is a component of the National Institutes of Health, U.S. Department of Health and Human Services. NIDA supports most of the world’s research on the health aspects of drug use and addiction. The Institute carries out a large variety of programs to inform policy, improve practice, and advance addiction science. Fact sheets on the health effects of drugs and information on NIDA research and other activities can be found at www.drugabuse.gov, which is now compatible with your smartphone, iPad or tablet. To order publications in English or Spanish, call NIDA’s DrugPubs research dissemination center at 1-877-NIDA-NIH or 240-645-0228 (TDD) or email requests to drugpubs@nida.nih.gov(link sends e-mail). Online ordering is available at drugpubs.drugabuse.gov. NIDA’s media guide can be found at www.drugabuse.gov/publications/media-guide/dear-journalist, and its easy-to-read website can be found at www.easyread.drugabuse.gov. You can follow NIDA on Twitter(link is external) and Facebook(link is external).
About the National Institutes of Health (NIH): NIH, the nation's medical research agency, includes 27 Institutes and Centers and is a component of the U.S. Department of Health and Human Services. NIH is the primary federal agency conducting and supporting basic, clinical, and translational medical research, and is investigating the causes, treatments, and cures for both common and rare diseases. For more information about NIH and its programs, visit www.nih.gov.
NIH…Turning Discovery Into Health®
Publicado por salud equitativa en 7:41