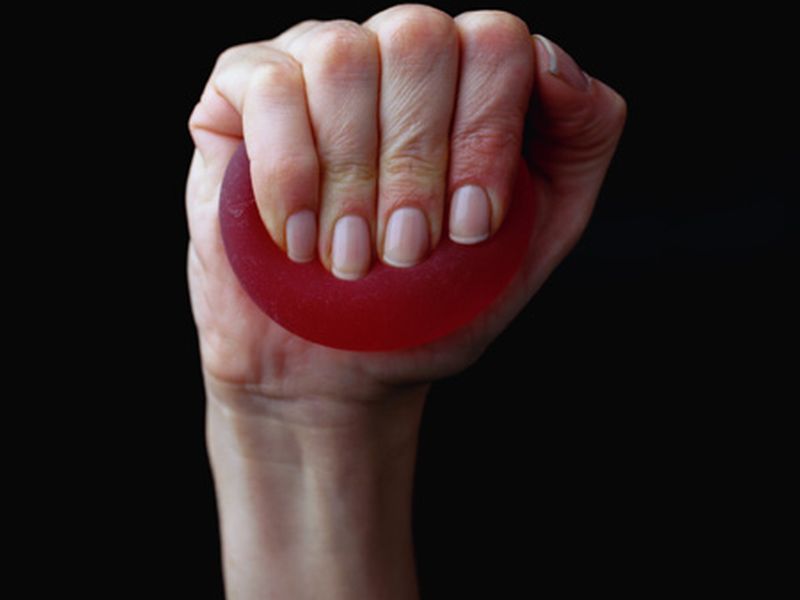 TUESDAY, Nov. 15, 2016 (HealthDay News) -- People with rheumatoid arthritis may have an increased risk for a heart attack, stroke and other heart disease-related problems, a new study suggests.
Researchers examined data from 353 rheumatoid arthritis patients in the Netherlands who were followed for up to 15 years.
The rate of heart disease-related events in these patients was more than twice that of the general population, the findings showed. The rate among rheumatoid arthritis patients was similar to that of people with type 2 diabetes.
The risk among rheumatoid arthritis patients remained as much as 70 percent higher than the general population even after the researchers adjusted for known heart disease risk factors, according to the report authors.
But, the study didn't prove a cause-and-effect relationship. The research was only designed to show that rheumatoid arthritis was associated with heart disease.
The findings were presented this week at the annual meeting of the American College of Rheumatology (ACR), in Washington, D.C. Studies released at meetings are generally viewed as preliminary until published in a peer-reviewed journal.
Joint pain, stiffness and swelling are the main features of rheumatoid arthritis. But the disease can also cause inflammation in internal organs. These study findings suggest that chronic inflammation throughout the body that occurs in rheumatoid arthritis is an independent risk factor for heart risks, the researchers said.
"In rheumatoid arthritis, there is also a need for cardiovascular risk management, just as in diabetes. There is a need for attention to this by patients as well as their treating rheumatologists," study co-lead author Dr. Michael Nurmohamed said in an ACR news release.
"Cardiovascular risk management in rheumatoid arthritis should target disease activity as well as traditional cardiovascular risk factors. Unfortunately, despite all the knowledge, the latter is only poorly implemented," he added.
Nurmohamed is head of the rheumatology research department at VU University Medical Center Amsterdam.
Effective treatment of systemic inflammation may reduce the risk of heart problems in these patients, Nurmohamed said.
About 1.3 million Americans have rheumatoid arthritis, which affects about twice as many women as men, the researchers noted.
SOURCE: American College of Rheumatology, news release, Nov. 12, 2016
HealthDay
Copyright (c) 2016 HealthDay. All rights reserved.
News stories are provided by HealthDay and do not reflect the views of MedlinePlus, the National Library of Medicine, the National Institutes of Health, the U.S. Department of Health and Human Services, or federal policy.