Few States Have Plans for Kids Returning to Class After Concussion 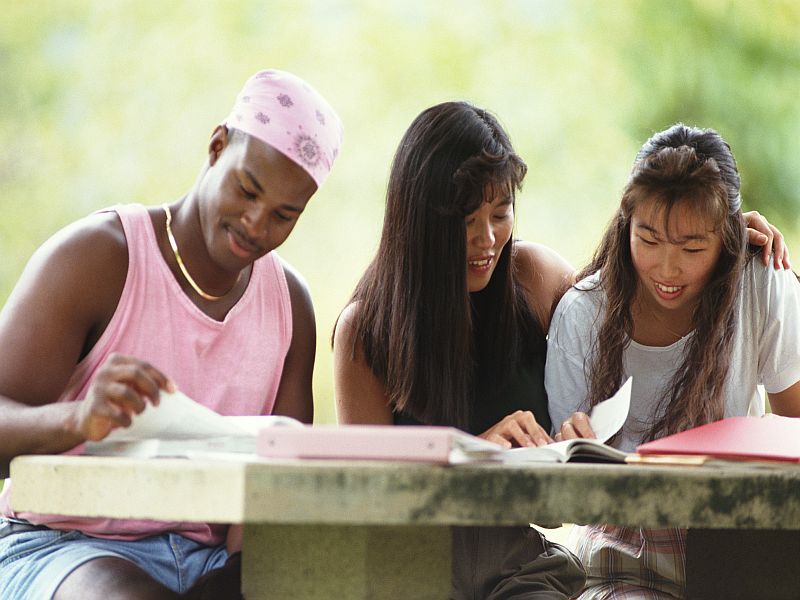 MONDAY, Nov. 7, 2016 (HealthDay News) -- All U.S. states have "return-to-play" laws designed to protect young athletes who've suffered a concussion. But only a handful have regulations on handling kids' return to the classroom, researchers report.
As of May 2016, only eight states had "return-to-learn" laws aimed at managing kids' concussion recovery, the researchers found.
The findings highlight a gap, the study authors said, since some children who suffer concussions are athletes -- but all of them are students.
"Some kids suffer concussions during recreational activities, others are injured in accidents," said senior researcher Dr. Monica Vavilala. "They're not all athletes. But they are all students."
Vavilala is director of the Harborview Injury Prevention and Research Center and a professor of pediatrics, anesthesiology and pain medicine at the University of Washington School of Medicine in Seattle. Washington was the first state to pass a return-to-play law, back in 2009.
The law was enacted in response to the case of a 13-year-old football player who suffered a disabling brain injury. After taking a blow to the head, he was put back in the game after only a short break, then later collapsed on the field.
"Now all 50 states have return-to-play laws," Vavilala said.
But physical activity isn't the only issue during concussion recovery. Kids also need an appropriate return to mental work.
It's OK for them to get back to the classroom quickly, according to Dr. Mark Halstead, director of the sports concussion program at Washington University in St. Louis.
"They don't need to be sitting quietly in a dark room," Halstead said. That kind of caution could actually be counterproductive, he explained -- partly because kids often develop anxiety over falling behind in school and being out of their usual routine.
"We just don't want them to jump right into a full academic workload," Halstead said. So certain temporary adjustments need to be made at school, and the needs vary from one child to the next, he added.
"One child might have some trouble with academics, another might be bothered by the noise in music class," he explained.
The good news, according to Halstead: most kids' concussion symptoms resolve within three weeks.
Halstead co-authored an editorial published with the study in the Nov. 7 online issue of Pediatrics.
The eight states with return-to-learn laws include: Illinois, Maine, Maryland, Massachusetts, Nebraska, New York, Vermont and Virginia.
According to Vavilala, most laws hold schools responsible for managing students' academic accommodations.
"But it's not clear who within the school is responsible," she said.
Plus, only two states require any concussion education for school personnel -- with both targeting coaches and/or nurses, and not teachers.
"If educators aren't trained, how will they know what to do?" Vavilala said.
Halstead agreed on the need for educating teachers. He said some states have already set up programs to do that -- such as the "BrainSTEPS" program in Pennsylvania.
To Halstead, efforts like that -- rather than new laws -- are key.
But Vavilala said she thinks return-to-learn legislation should at least be "part of the conversation" when it comes to kids' concussion recovery. For instance, she said, a state with a law might dedicate resources toward things like teacher education and training for students returning from a concussion.
Regardless of state laws, there are already ways to help kids transition back to school after a concussion, both doctors said.
"I encourage the kids I treat to communicate with their teachers about their symptoms," Halstead said. "Talk to them before or after class, or email with them. Let them know if you're having any problems."
Parents can help, Vavilala said, by first making sure the school knows their child has been diagnosed with a concussion and needs a gradual return. From there, they can keep checking in, with their child and the school, to help catch any potential issues.
SOURCES: Monica Vavilala, M.D., director, Harborview Injury Prevention and Research Center, and professor, pediatrics, anesthesiology and pain medicine, University of Washington School of Medicine, Seattle; Mark Halstead, M.D., associate professor, orthopedic surgery, director, sports concussion program, Washington University, St. Louis; Nov. 7, 2016, Pediatrics, online
HealthDay
Copyright (c) 2016 HealthDay. All rights reserved.
News stories are provided by HealthDay and do not reflect the views of MedlinePlus, the National Library of Medicine, the National Institutes of Health, the U.S. Department of Health and Human Services, or federal policy.