More than half of victims are under 5, but older kids and teens still at risk 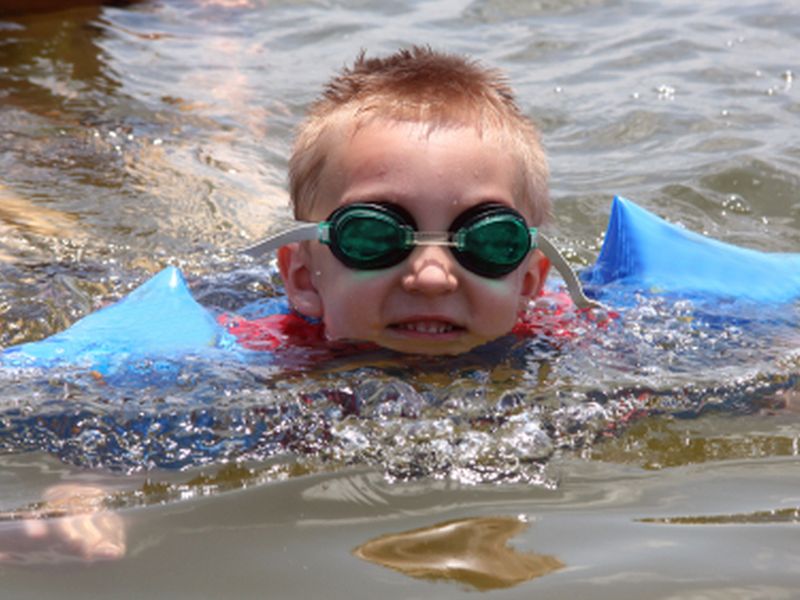 WEDNESDAY, June 29, 2016 (HealthDay News) -- School's out and the temperature's rising and that means more people will be cooling off at beaches, lakes and pools. But a new report reveals that parents and caregivers need to be extra vigilant when kids are around the water.
Nearly 800 children drowned in 2014 in the United States, and more than half were younger than 5, according to a research report by Safe Kids Worldwide, a global nonprofit organization. Two-thirds of drownings occurred from May to August, the report said.
Drowning is a leading cause of death among children between 1 and 4 years old. And even as kids get older, drowning is still a concern. Accidental drowning is the second leading cause of death among kids between 5 and 14 years old and the third leading cause of death of teens between 15 and 17 years old, the report noted.
Children's risk for drowning is affected by their age and their location, the report found. Babies less than 1 year old are more likely to drown in the bathtub or in a bucket. Children between 1 and 4 years are more likely to drown in a pool. Meanwhile, children age 5 years or older are more likely to drown in a natural body of water, such as a pond, lake or river, the researchers said.
There are lingering misconceptions about water safety that put children at risk for drowning, the report cautioned. Some of these include:
Myth: Drowning children can be heard splashing, struggling or screaming.
Fact: Drowning is silent. There are usually few signs of splashing, waving or screaming by a child who is drowning. Unfortunately, many parents or caregivers believe they will hear their child if they are struggling in the water or drowning nearby. This isn't the case, the report emphasized.
Myth: Looking away or taking attention off of swimming children for just a couple of minutes isn't dangerous.
Fact: Drowning happens quickly. Once a child begins to struggle in the water, parents or caregivers may have less than 60 seconds to react and respond.
Myth: Parents don't need to watch their children if a lifeguard is on duty.
Fact: Lifeguards are not keeping a close eye on any specific child. They are trained to enforce pool rules, scan, rescue and resuscitate. Parents must still be responsible for their own children while they're swimming or playing in water.
Myth: Children who've had swimming lessons won't drown.
Fact: Even children who know how to swim can drown. Children's swimming skill levels vary. In fact, a review of kids who had drowned in a pool revealed than nearly half of those between 10 and 17 years old knew how to swim.
The report also provided the following water safety tips:
SOURCE: Safe Kids Worldwide, news release, June 29, 2016
HealthDay
Copyright (c) 2016 HealthDay. All rights reserved.
News stories are provided by HealthDay and do not reflect the views of MedlinePlus, the National Library of Medicine, the National Institutes of Health, the U.S. Department of Health and Human Services, or federal policy.