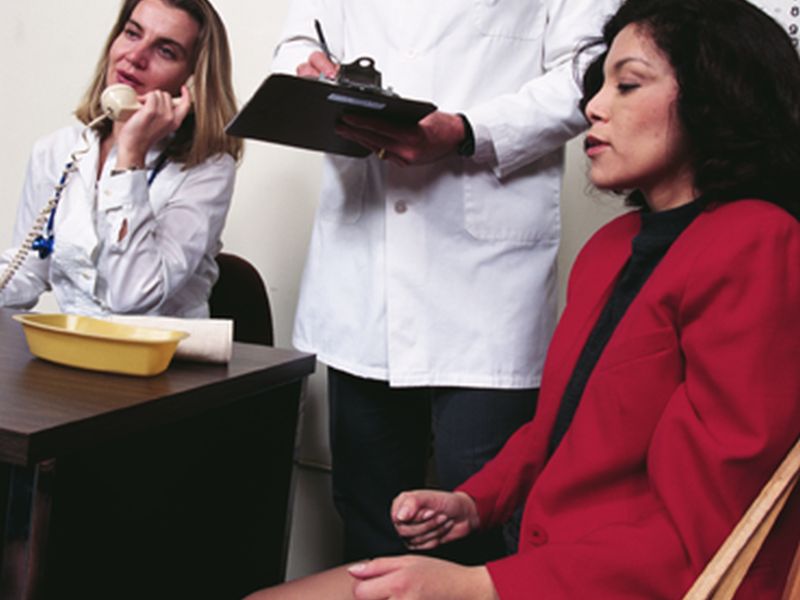 THURSDAY, Feb. 11, 2016 (HealthDay News) -- A growing number of young women with breast cancer are being tested for the BRCA gene mutations that substantially raise the risks of breast and ovarian tumors, a new study shows.
Researchers found that of nearly 900 women who developed breast cancer at age 40 or younger, most had undergone BRCA testing within a year of their diagnosis.
And the percentage went up over time: By 2013, 95 percent had been tested, according to findings published online Feb. 11 in JAMA Oncology.
Experts called the results good news, since BRCA testing has long been recommended for women diagnosed with breast cancer before the age of 50.
"This is great, it's heartening," said Dr. Jeffrey Weitzel, director of clinical cancer genetics at City of Hope, in Duarte, Calif.
But, he added, women in the study were largely white, well-educated and had health insurance -- and it's unlikely that disadvantaged U.S. women would show the same high rate of BRCA testing.
"We need to keep working on extending the reach of genetic testing," said Weitzel, who co-wrote an editorial published with the study.
Media coverage following actress Angelina Jolie's disclosure that she carried the BRCA1 mutation has improved awareness about the testing and cancer preventive surgeries, previous research has suggested.
Jolie had both of her breasts removed in 2013 after learning she has the BRCA mutation. And, in 2015, she had her ovaries and fallopian tubes removed due to the significantly increased risk of ovarian cancer that stems from having the BRCA1 mutation. But, the authors of the new study note that the rise in gene testing among patients in this study largely predated Jolie's disclosure.
Inherited mutations in the BRCA1 and BRCA2 genes account for 5 to 10 percent of all breast cancers, and about 15 percent of all ovarian cancers, according to the U.S. National Cancer Institute.
Since the mutations raise the risk of early cancer, women who develop either disease at a young age have a relatively higher chance of harboring the flawed genes.
So BRCA testing is recommended for women diagnosed with breast cancer before age 50. That's, in part, to help guide their treatment decisions, explained Dr. Ann Partridge, the senior researcher on the new study, and an oncologist at Dana-Farber Cancer Institute, in Boston.
Women who carry the mutations have a high risk of developing a second cancer in the other breast, so some may want to opt for a double-mastectomy as a preventive measure. (Experts also advise women with BRCA mutations to have their ovaries removed by age 40, since there is no screening test for ovarian cancer, or any way to prevent it.)
BRCA testing also gives families information, Partridge explained. "On one hand, it could give them some peace of mind if the test is negative," she said. If it's positive, then certain family members may want to be tested, too, she added.
For the current study, Partridge and her colleagues surveyed 897 women who'd been diagnosed with breast cancer at age 40 or younger, at some point between 2006 and 2013. All were treated at one of 11 hospitals in Massachusetts, Colorado and Minnesota.
Of women diagnosed in 2006, 77 percent said they'd received BRCA testing. That went up to 95 percent among women diagnosed in 2013, the study reported.
Overall, about 12 percent of women who were tested had a BRCA mutation. And most of those women -- 86 percent -- decided to have a double-mastectomy, the study showed.
But half of the women who tested negative for a BRCA mutation also had a double-mastectomy, the researchers found.
That's concerning, both Partridge and Weitzel said. Women without the gene mutations have a low risk of developing a second cancer in the other breast, and there's no evidence that a double-mastectomy improves their long-term survival.
"We don't want to be doing procedures that aren't medically indicated," Partridge said.
It's not clear why so many women with negative test results opted for a double-mastectomy -- but it's also not surprising, Partridge noted, since it's consistent with past studies.
"Some women may do it for peace of mind," Partridge said, "or because they do believe it will improve their survival, even though there's no evidence."
At a time of high anxiety, she said, some women may not fully process the risk/benefit information they're hearing.
According to Weitzel, BRCA testing should ideally include genetic counseling, to help ensure that women understand their results.
But in reality, that counseling does not always happen, he said.
Under the Affordable Care Act, also known as Obamacare, BRCA testing is a covered preventive service for women at high risk of having a mutation. And, Weitzel said, Medicaid is now paying for testing, though the coverage varies by state.
There's still work to be done to improve "underserved" women's access to BRCA testing and counseling, Weitzel said -- including women in lower-income countries.
SOURCES: Ann Partridge, M.D., M.P.H., director, Program for Young Women with Breast Cancer, Dana-Farber Cancer Institute, Boston; Jeffrey Weitzel, M.D., director, clinical cancer genetics, City of Hope, Duarte, Calif.; Feb. 11, 2016, JAMA Oncology
HealthDay
Copyright (c) 2016 HealthDay. All rights reserved.