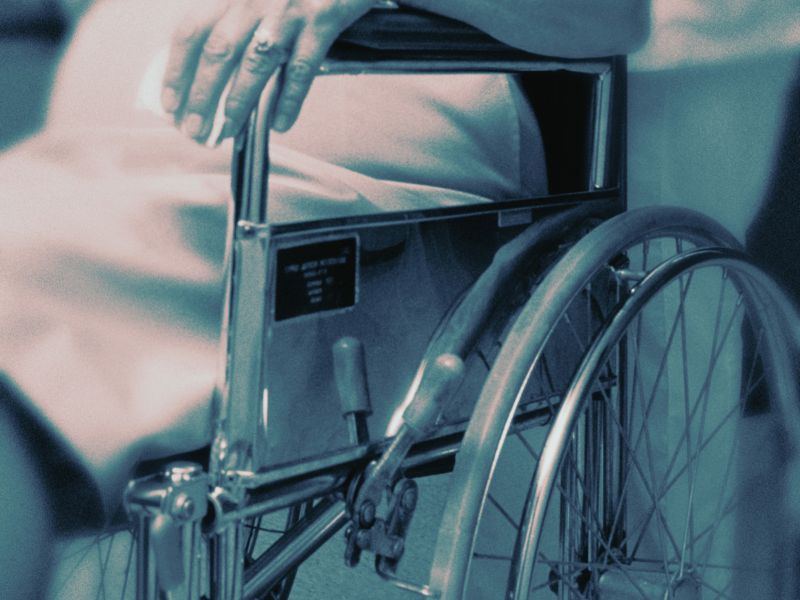 WEDNESDAY, Feb. 24, 2016 (HealthDay News) -- After cancer surgery, certain older patients face an increased risk for injuries and problems that can keep them in a hospital longer and slow their recovery, new research reveals.
The researchers from the University of California, Los Angeles, reviewed data from more than 939,000 people, aged 55 or older. All had undergone major cancer surgery in the United States between 2009 and 2011.
More than 9 percent of these patients had age-related injuries and health issues, such as falls, broken bones, dehydration, bed sores, failure to thrive and delirium. All of these problems can lead to longer hospital stays, higher health care costs and even premature death, the study authors said.
These health issues can occur in addition to postsurgery complications. The study found that these problems were most likely to occur in patients aged 75 and older, and in people who had surgery for bladder, ovarian, colorectal, pancreatic or stomach cancer.
"The findings highlight the importance for older patients to discuss these potential events with their doctors as they prepare for surgery. Now that the prevalence of such events is known, treatment approaches that keep these age-related health concerns in mind may be better applied in the future to better assist these patients," lead author Dr. Hung-Jui Tan, a fellow in urologic oncology at UCLA, said in a university news release.
People with age-related health issues were also more likely to have postsurgery complications. They were also more likely to be discharged to rehabilitation facilities rather than their own homes, the study findings showed.
The aging American population will make these problems more common, the researchers said.
"Even now, these events affect approximately one in 10 patients over the age of 54 undergoing cancer surgery in the United States," Tan said. "With even higher rates observed among the very old, patients 75 and older -- the fastest-growing segment of the population -- geriatric events during cancer-related surgery are likely to become even more prevalent."
The report was published online recently in the Journal of Clinical Oncology.
SOURCE: University of California, Los Angeles, news release, Feb. 16, 2016
HealthDay
Copyright (c) 2016 HealthDay. All rights reserved.