Findings on differences in structure, function may offer clues to high rates of cardiac arrest among these elite athletes 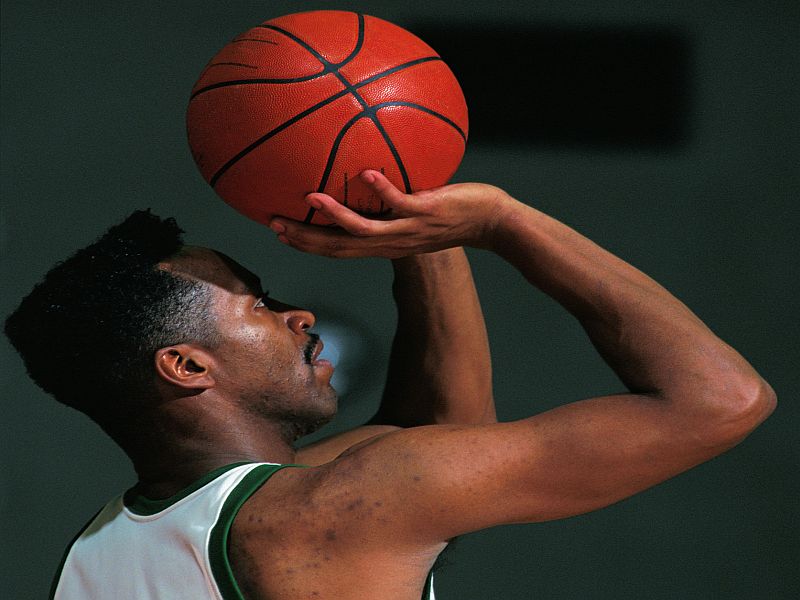 WEDNESDAY, Feb. 24, 2016 (HealthDay News) -- Professional basketball players have the highest rate of sports-related cardiac arrest in the United States, and a new study lays the groundwork for scientists to determine why.
Investigators from Columbia University Medical Center in New York City examined the heart structure and function of more than 500 current NBA players. They found some significant differences between these hearts and those of other athletes and the general population.
Noting that the rate of sudden cardiac death, which occurs after the heart suddenly stops beating, is about 30 times higher among NBA players than other professional athletes, lead researcher Dr. David Engel said, "We needed to know what a normal heart looks like in an elite basketball player."
"There is very little information about the hearts of U.S. athletes," said Engel, a cardiologist at Columbia.
These basketball players are big men, Engel said, with an average height of 6 feet 7 inches and an average weight of 222 pounds.
The researchers looked at heart size and weight as well as its structure and function. They also evaluated the size of the aorta -- the biggest artery in the body that carries oxygen-rich blood away from the heart.
They found that heart size increased with the size of the athlete, which was expected. Also, basketball players have larger aortas than non-athletes, Engel said.
The researchers also found that the left ventricle, which pumps blood from the heart to the rest of the body, was larger than that of most adults, but proportional to the players' body size.
Additionally, many players had a thickening of the wall of the left ventricle, called left ventricular hypertrophy, which can be a sign of decreased heart function. It's also the most common cause of sudden cardiac death among basketball players, according to background notes in the study.
This condition was more common among black players than white players, Engel said. Black players also had heavier hearts than white players, the study found.
Most players had normal left ventricular ejection fraction, a measure of how well the left ventricle pumps blood, Engel said.
The study findings were published online Feb. 24 in the journal JAMA Cardiology.
"For the first time, we have data on what a normal basketball player's heart looks like, which can help us treat these athletes," said Dr. Aaron Baggish, co-author of an editorial that accompanied the study.
Baggish, who's with the cardiovascular performance program at Massachusetts General Hospital in Boston, said the hearts of certain athletes, including runners and cyclists, get larger than one would expect for the athlete's body size.
Armed with this baseline data, the researchers hope to follow these basketball players into retirement, Engel said.
"We are tracking the players yearly to see if there are changes over time," he said. "The goal of the program is to follow them into retirement and see how the heart changes after they stop playing and become older," he said.
The 526 athletes included in the study played in the 2013-2014 and 2014-2015 seasons. Their average age was 26. The NBA requires annual preseason stress echocardiograms for each player.
Dr. Gregg Fonarow, a professor of cardiology at the University of California, Los Angeles, said the researchers uncovered some valuable information.
"There are a number of changes in cardiac structure and function that occur in athletes and represent physiologic changes in response to exercise training and competition," he said.
But determining which of these changes, if any, might raise an athlete's risk of sudden cardiac death can be very challenging, Fonarow said.
"This new study of NBA players finds that over a quarter of the players have increased left ventricular wall thickness, but reduction in left ventricular function was rare," said Fonarow. "This is a valuable road map and reference for evaluating the hearts of individual athletes as well as for creating screening programs."
SOURCES: David Engel, M.D., cardiologist, Columbia University Medical Center, New York City; Gregg Fonarow, M.D., professor, cardiology, University of California, Los Angeles; Aaron Baggish, M.D., cardiovascular performance program, Massachusetts General Hospital, Boston; Feb. 24, 2016,JAMA Cardiology
HealthDay
Copyright (c) 2016 HealthDay. All rights reserved.