Parents: Help Prevent Substance Use in Your Kids 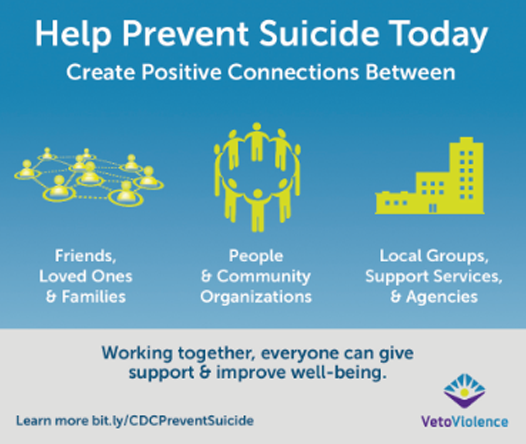 Working Together We Can Prevent Suicide
This month is Suicide Prevention Awareness Month—a time to raise awareness and empower everyone to work together to stop suicidal thoughts and behaviors before they happen.
What You Need To Know
Connections save lives. Support others to help prevent suicidal thoughts and behaviors early.
Spread the Image
Publicado por salud equitativa en 7:58