Helping to Deliver Better Care: How One Experience Changed My Life

Helping to Deliver Better Care: How One Experience Changed My Life

June 4, 2015
By: Alicia Cole, Sherman Oaks, California
In 2006, I wasn’t a doctor…but I played one on TV. In fact I played lots of people on TV, and in commercials. After years of hard work to break into the entertainment industry, I was living my dream. I didn’t think anything could bring me down, especially not routine uterine fibroid surgery. I can still hear my doctor praising me for completing the LA Marathon and being in the best shape of any patient he’d had. “You’ll be out of the hospital within two days,” he assured me.
But he was wrong. I almost didn’t leave the hospital alive.
Almost immediately following surgery, I started showing signs of sepsis: fever, vomiting and worsening pain. During a dressing change, my mother noticed a black dot near my incision. A nurse insisted it was nothing but finally agreed to notify the doctor. The doctor could see immediately that the fast-growing infection was bad news. He operated at the bedside to open and drain my swollen abdomen. Days later, I was diagnosed with necrotizing fasciitis – commonly known as man-eating flesh disease. The rapid spread led to five more operations cutting away at my abdomen, hip and groin.
I had contracted a preventable hospital-acquired infection (HAI). While necrotizing fasciitis was the big one, I was also treated for several superbugs, including MRSA, VRE and C-Diff, all life-threatening bacteria that are resistant to antibiotics.
Almost 10 years later, I’m still recovering. I don’t go anywhere without my hip brace, heating patches and pain killers. Besides the physical pain, there’s been emotional pain no one prepared me for. After a scene showing surgery lights from the patient’s point of view, I had to stop watching my favorite TV show, Grey’s Anatomy. It was too close to home. 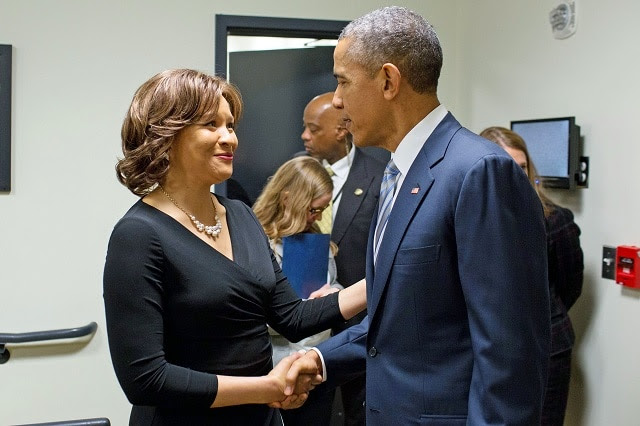 READ MORE: Helping to Deliver Better Care: How One Experience Changed My Life