The High Cost of Excessive Drinking to States | CDC Features

The High Cost of Excessive Drinking to States | CDC Features

The High Cost of Excessive Drinking to States 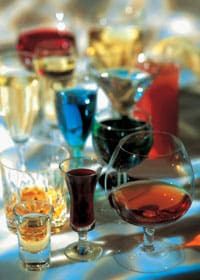 Excessive alcohol use cost states a median of $2.9 billion in 2006, ranging from $420 million in North Dakota to $32 billion in California, according to a new CDC study. This means the median cost per state for each alcoholic drink consumed was about $1.91. Binge drinking—consuming 5 or more drinks on an occasion for men or 4 or more drinks on an occasion for women—was responsible for more than 70% of these costs.
The District of Columbia (DC) had the highest per-person cost ($1,662), while Utah had the highest cost per drink ($2.74). Furthermore, about $2 of every $5 in state costs were paid by government, ranging from 37% of the costs in Mississippi to 45% of the total costs in Utah.
The researchers found that costs due to excessive drinking largely resulted from losses in workplace productivity, health care expenses, and other costs due to a combination of criminal justice expenses, motor vehicle crash costs, and property damage. Across all states and DC, the share of costs from productivity losses ranged from 61% in Wyoming to 82% in DC, and the share of costs from health care expenses ranged from 8% in Texas to 16% in Vermont.
These estimates were based on a previous CDC study that found that excessive drinking cost the United States $223.5 billion in 2006. Costs were assessed for states and DC across 26 cost categories using data multiple sources.
Researchers believe that the study's findings are underestimated because it did not consider a number of other costs, such as those due to pain and suffering by the excessive drinker or others who were affected by the drinking. Even so, the total costs for excessive drinking to states were generally of the same order of magnitude as the costs for smoking or Medicaid.
What can states do to reduce excessive alcohol use?
The Community Guide includes a number of effective strategies, such as increasing alcohol excise taxes and regulating alcohol outlet density, that states and communities can use to reduce excessive drinking and cost related to it. State and local public health agencies can play an important role in assessing the public health impact of excessive drinking and work with community partners, including schools, nonprofits, law enforcement, and public health agencies to inform the planning, implementation, and evaluation of effective prevention strategies for excessive alcohol use.
For more information on excessive alcohol use, visit www.cdc.gov/alcohol.
Source: Sacks, et al. State Costs of Excessive Alcohol Consumption, 2006[PDF - 190KB]. American Journal of Preventive Medicine, 2013
[Notes and text description of this map are also available.]
Publicado por salud equitativa en 5:55