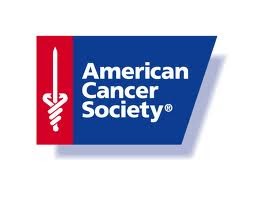 Article date: March 27, 2012
By Stacy Simon
A new study shows that children with the most common type of childhood cancer, acute lymphoblastic leukemia (ALL) have a survival rate of more than 90%. ALL accounts for about 3 out of 4 cases of childhood leukemia.
The research included more than 21,000 children with ALL, more than half the patients in the United States. They took part in the Children’s Oncology Group clinical trials from 1990 to 2005.

RESOURCES:
Researchers from the University of Colorado Cancer Center found that the 5-year survival rate for children and adolescents with ALL improved from 83.7% for those diagnosed between 1990 and 1994, to 90.4% for those diagnosed between 2000 and 2005. In the 1960s, the 5-year survival rate was less than 10%. The survival rates increased for girls and boys of all racial and ethnic groups and for all age groups except infants under 1 year old. Improvements in survival for African-American patients with ALL were so significant, they narrowed the racial survival gap.
Researchers attribute the improved survival rates to clinical trials that helped doctors learn the best drugs and dosages to treat children with ALL. Survival rates for infants did not increase with improvements in drug use, they said, because more infants died from side effects of their treatment. The researchers are calling for more efforts to improve survival for all children with ALL.
Leukemia is a cancer of the blood cells. Many of the signs and symptoms of childhood leukemia are caused by a lack of normal blood cells, a result of the leukemia cells crowding out the normal blood cell-making cells in the bone marrow. They can cause symptoms that include extreme fatigue, pale skin, frequent infections and fever, and easy bleeding and bruising.
Many of these symptoms have other causes as well, and most often they are not due to leukemia. Still, it's important to let your child's doctor know about them so that the cause can be found and treated, if needed.
The study was published online March 12 in the Journal of Clinical Oncology.
Reviewed by: Members of the ACS Medical Content Staff
Publicado por salud equitativa en 8:33