Butt Emissions: Study Finds Even Extinguished Cigarettes Give Off Toxins 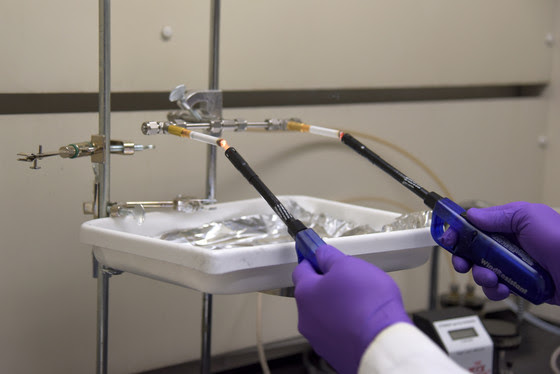 Cigarette butts pile up in parks, beaches, streets and bus stops, places where all types of littering are frowned upon. An estimated more than five trillion butts are generated by smokers worldwide each year, and concern about their environmental impact has prompted studies of how they affect water and wildlife habitats. But despite their prevalence, almost no one has studied the airborne emissions coming off these tiny bits of trash.
When Dustin Poppendieck was asked to evaluate them, he was skeptical. As a measurement scientist at the National Institute of Standards and Technology (NIST) he realized there was no standard way of analyzing the amounts of chemicals swirling in the air around cigarettes hours and days after they’d been put out, and he was intrigued. But he also thought there might not be enough chemicals present to make the measurements meaningful.